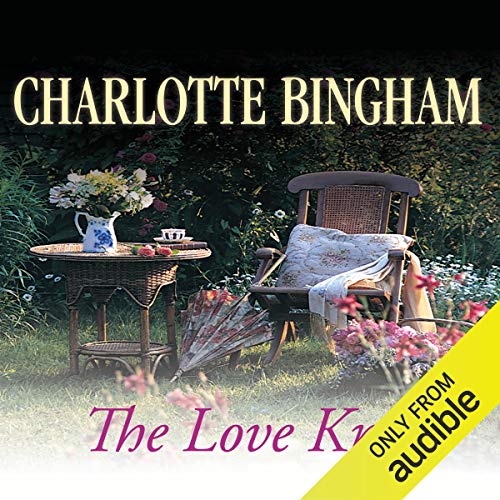 By: Charlotte Bingham
Narrated by: Judy Bennett
Try for £0.00

Following the death of her seventeen-year-old mother in childbirth, Leonie Lynch is brought up in London's Eastgate Street by foster parents through the auspices of her godmother, the redoubtable Mrs Dodd, her living expenses provided for by her young mother's friend, Lady Angela Bentick.

Mrs Dodd turns to Lady Angela when her godchild is nearing her eighteenth birthday. Lady Angela runs a fashionable nursing home and can provide Leonie with a profession, whilst Mrs Dodd offers her accommodation. Upon joining Lady Angela's staff as a nurse, Leonie meets our two other heroines - Mercy Cordel and Dorinda Montgomery.

Mercy grew up at the family home, Cordel Court in Somerset, and shortly after her seventeenth birthday, was brought up to London by her stepmother for the London Season. Dorinda Montgomery, on the other hand, has hardly ridden up and down Rotten Row more than a half a dozen times before she has captured the heart of every masher around town, and earns the sobriquet 'Dorinda Blue.' Within days she is a famous member of the demi-monde, with her own house and carriage in St John's Wood. Meanwhile, Mercy Cordel is hard put to find a dancing partner. That she eventually finds a husband in the hard-bitten, hard-riding John Brancaster is a source of happy amazement to her.

Three such very different young women, and yet Society seems to reward Dorinda Montgomery more than it does the virtuous girl pushed into marriage with a suitably older husband. Certainly this is how it seems to Leonie Lynch, the only one of the three who has quite made up her mind to dedicate herself to something other than marriage.

What listeners say about The Love Knot