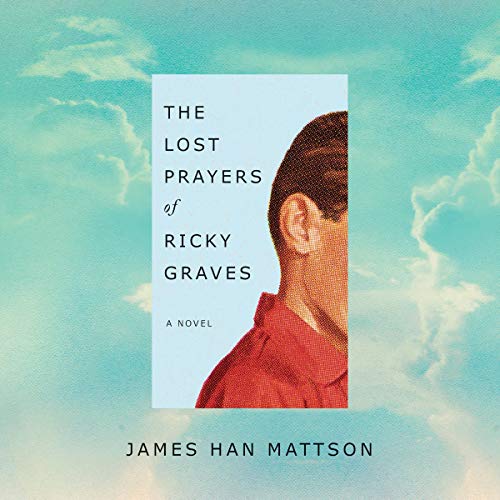 The Lost Prayers of Ricky Graves

It's amazing how differently you come to know a person when a book presents them from multiple perspectives. The Lost Prayers of Ricky Graves does this, with a full cast of eight narrators each taking on the multiple first-person narratives that make up the story. While on their own each character (the mother, the sister, the online friend, the camp counselor...) may be considered an unreliable narrator, once you mix all of their accounts together you get something close to a full picture of a person and their story. In this case that person is Ricky Graves: a teenage boy who does the unthinkable. Whose suffering and ultimate response to that suffering creates an irreparable shift in the world of the many people who are a part of his life. As the listener, it's easy to put yourself in each of their places and wonder, "What f I did...? Would the outcome have changed?" With tragedy, it's natural to wonder why. The Lost Prayers of Ricky Graves gives us a way of tackling this very human response. —Tricia, Audible Editor

In raw, poignant alternating first-person narratives, interspersed with e-mails, gay chat-room exchanges, and other fragments of a youth laid bare in the age of social media, The Lost Prayers of Ricky Graves unravels the mystery of a life in all its glory: despair and regret, humor and wonder, courage and connection.

A heartbroken and humiliated Ricky Graves took the life of a classmate and himself. Five months later, the sleepy community is still in shock and mourning. Ricky's sister, Alyssa, returns to confront her shattered, withdrawn mother and her guilt over the brother she left adrift. Mark McVitry, the lone survivor of the deadly outburst sparked by his own cruelty, is tormented by visions of Ricky's vengeful spirit. Ricky's surrogate older brother, Corky Meeks, grapples with doubts about the fragile boy he tried to protect but may have doomed instead. And Jeremy Little, who inadvertently became Ricky's long-distance Internet crush despite never having met, seeks to atone for failing to hear his friend's cries for help.

For those closest to the tormented killer, shock and grief have given way to soul searching, as they're forced to confront their broken dreams, buried desires, and missed opportunities. And in their shared search for meaning and redemption, Ricky's loved ones find a common purpose: learning to trust their feelings, fighting for real intimacy in a world grown selfish and insincere, and fearlessly embracing all that matters most...before it's gone from their lives.

"The narrators provide candid performances of key characters - including Ricky's older sister, Alyssa; online chat room confidant, Jeremy; and classmate and former bully, Mark. As narrators, they're especially skilled at drawing out the nuances of social media and 'real-life' communication. By turns heartbreaking and hopeful, this stirring and thought-provoking production provides no easy answers." (AudioFile)

What listeners say about The Lost Prayers of Ricky Graves

There is nothing trite or formulaic about this book. It compelled me to look at technology and relationships deeply & differently. The characters are unique & compelling. It kept my interest, even when I wasn't reading & I'm still thinking about it. Wonderful book!

The book starts like it's going to be chic-lit, then evolves into a adults story, but later it devolves into teen pap, and for much too long. Most of what occurs during that period could have been easily left out, as, in my opinion, it did nothing but take up time and bring the story down from good to tedious. Worth my time? Yes.

Not a good book

This was not a good book, the writer jumps around all over. Buy another book.

This was a very touching story. instead of being so angry with kids that do what Ricky chose to do it makes you think about his side and what he went through to push him to that point. Too bad there are not more people willing to help.