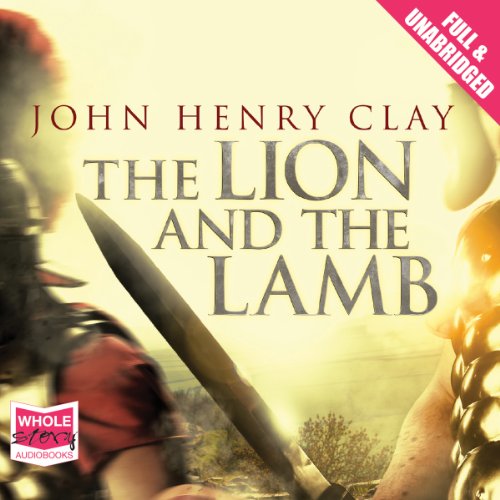 The Lion and the Lamb

By: John Henry Clay
Narrated by: Daniel Philpott
Try for £0.00

The island is at peace, enjoying an unprecedented age of prosperity. But from beyond the northern frontier come unsettling rumours: the barbarians are rising, eager to prey on the riches of the south. As the shadow of war looms, Cironius Agnus Paulus, a young soldier with a secret past, becomes ensnared in a conspiracy that endangers the home he has forsaken and the family he loves.

Epic in scope, rich with historical detail, this is a novel of Roman Britain on the cusp of the Dark Ages, when all that stands between her citizens and oblivion is one family.

Dr. John Henry Clay is a Lecturer in History at the University of Durham, from where he has built up an international research reputation in Anglo-Saxon and Frankish history and archaeology.

What listeners say about The Lion and the Lamb

This is nicely read and quite nicely written. The morality is simplistic and unrealistic, dividing people into those who are corrupt and devious and those who are supremely courageous and invariably ill-treated. It fades out badly towards the end. Nevertheless it offers and interesting portrait of society towards the end of Roman Britain and appears well researched by its historian author. Overall much more suitable for young adults. If you are considering Vindolanda, this is a better book though perhaps not as good as the Eagle of the Ninth.

This is a very good historical novel set in an often neglected period, and the author has done an excellent job of really building the scene of Roman Britain in decline. The main Roman characters are still clinging to centuries of tradition even as their homes and society crumble around them.

The narration is simply incredible - so many different characters are brought to life with uniqueness and drama. I will definitely look for more books with the same narrator, it was a real joy to listen to.