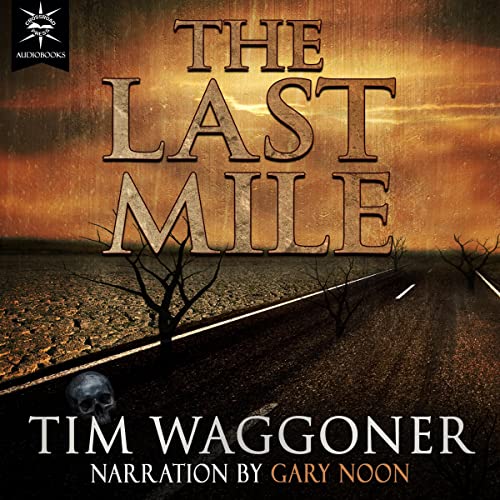 All Dan wanted was to be a good husband and father, to provide for his wife and daughter, to keep them fed, warm, and safe. But then the malevolent godlike beings called the Masters arrived, and their darkness spread across the world, reshaping it into a twisted realm of savagery and madness. In exchange for his family's protection, Dan now serves one of these alien gods, obtaining human sacrifices to feed his Master's eternal hunger.

Like so many people since the world changed, Alice has had to do unspeakable things to survive. Unfortunately for her, she's Dan's choice for his next sacrifice. Now Dan drives along the shattered remnants of an old-world highway, headed for his Master's lair, Alice bound hand and foot in the back seat of his car. Dan may not like what he's become, but he'll do whatever it takes to protect his loved ones. Alice doesn't intend to relinquish her life so easily, though, and she plans to escape, no matter the cost.

But in the World After, everything—animals, plants, even the land itself—has become a predator, and the journey to the Master's lair is an almost guaranteed suicide run. But Dan won't give up, and he won't stop fighting. Not until he makes it through The Last Mile.

What listeners say about The Last Mile

Deciding to take this listen on a short day hike in October was an excellent choice. It was a fantastically bloody and twisted tale of how much fun it won't be when The Masters take over the Earth. Plus, even though the ending twist was somewhat telegraphed, it all wrapped up in a violent, satisfying conclusion.

The narration was outstanding, though the production was excessively sibilant and slightly low in volume. It required EQing my earbuds, but the effort to correct it was minor.

i was given this audiobook for free in exchange for an honest review.

The author crafts his words well. He's clearly very talented. The story is very interesting and intense. However, there is a strong body horror theme that goes further than anything I've experienced, making the Saw movies seem tame by comparison. It's extremely graphic. The narration was the best part by far. I may seek Gary Noon out again as a matter of fact. I really enjoyed listening to him.

An imaginative, dark, and grisly post apocalyptic short story that feels bigger than its word count. Tim Waggoner is becoming one of favorite horror writers.