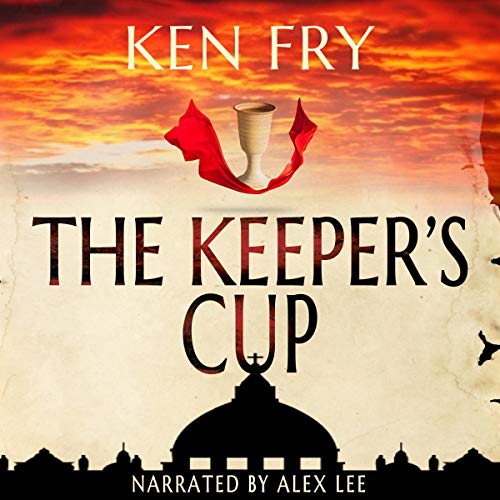 Is there a different truth behind the greatest story ever told?

From the multi-award-winning author of The Lazarus Succession and the UK best-selling Christian fantasy The Patmos Enigma.

What if everything we know about Jesus and Mary Magdalene are wrong?

What if there's a story that goes deeper...a story that when revealed, could rock the Christian world?

What will powerful factions do to get hold of this information? How will they use it?

Near the Qumran Caves where the Dead Sea Scrolls were discovered, archaeologists unearth scrolls supposedly written by the apostles Philip and Thomas. And they're telling a different story....

Death quickly follows. The Pope funds an excavation team to verify the stories of the apostles. What they discover is a tale buried under Britain's mysterious past. A history that's different from what we know.

If you loved The Holy Blood and the Holy Grail or Dan Brown's The Da Vinci Code, and if you're curious about stories suppressed from the New Testament, or you want to hear about some of Britain's mysterious history, Ken Fry's new historical fantasy, archaeological thriller is a must listen.

What listeners say about The Keeper's Cup

Is it possible, the author has given us another story of Jesus and Mary Magdalene. The history of the Celtic was interesting. Well done and the audio added to a great story. Given audio for my voluntary review .