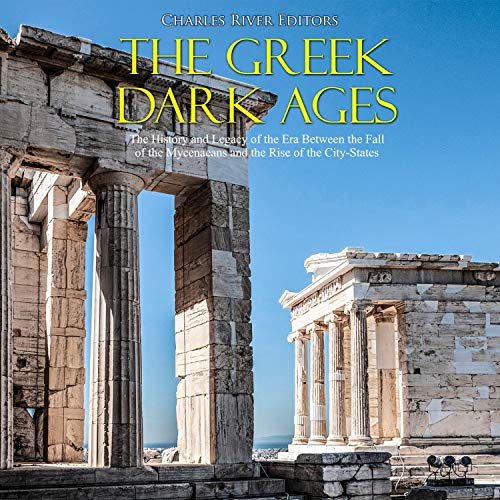 When people think of ancient Greece, images of philosophers such as Plato or Socrates often come to mind, as do great warriors like Pericles and Alexander the Great. But hundreds of years before Athens became a city, a Greek culture flourished and spread its tentacles throughout the Western Mediterranean region via trade and warfare. Scholars have termed this pre-Classical Greek culture the Mycenaean culture, which existed from about 2000 to 1200 BCE, when Greece, along with much of the Eastern Mediterranean, was thrust into a centuries-long Dark Ages. Before the Mycenaean culture collapsed, it was a vital part of the late Bronze Age Mediterranean system and stood on equal footing with some of the great powers of the region, such as the Egyptians and Hittites.

Despite being ethnic Greeks and speaking a language that was the direct predecessor of classical Greek, the Mycenaeans had more in common with their neighbors from the island of Crete, who are known today as the Minoans. Due to their cultural affinities with the Minoans and the fact that they conquered Crete yet still carried on many Minoan traditions, the Mycenaeans are viewed by some scholars as the later torchbearers of a greater Aegean civilization, much the way the Romans carried on Hellenic civilization after the Greeks.

Given that the Mycenaeans played such a vital role on the history in the late Bronze Age, it would be natural to assume there are countless studies and accurate chronologies on the subject, but the opposite is true. Although the Mycenaeans were literate, the corpus of written texts from the period is minimal, so modern scholars are left to use a variety of methods in order to reconstruct a proper history of Mycenaean culture, and what came after.

The Greek Dark Ages, sometimes referred to as the Homeric Age or the Geometric Period, spans the era of Greek history from the end of the Mycenaean civilization around 1100 BCE and the emergence of the Greek poleis in the ninth century BCE. It is an era that has provided little in terms of extant archaeological evidence, which in part explains the name “Dark Ages”, but this lack of evidence has led some archaeologists and historians to make the very great assumption that little of any real significance occurred during these 200 years. Instead, they view it as a sort of hiatus between the collapse of the Mycenaean culture and the emergence of Archaic Greece.

As with other so-called “Dark Ages”, this assessment is simplified, and an absence of evidence should never be assumed as evidence of absence. While these two centuries were, indeed, a period of transition, they included events and developments that were specific to the time, most notably the development of iron for weaponry, and many of these developments were highly significant in the subsequent evolution of Archaic Greece. After all, it’s crucial to keep in mind that places like Athens and Sparta were inhabited throughout this time, and the impact of the Minoans, Mycenaeans, and others shaped their futures.

The Greek Dark Ages: The History and Legacy of the Era Between the Fall of the Mycenaeans and the Rise of the City-States examines the overlooked time period, what life was like during it, and how it facilitated the rise of the famous poleis.

What listeners say about The Greek Dark Ages