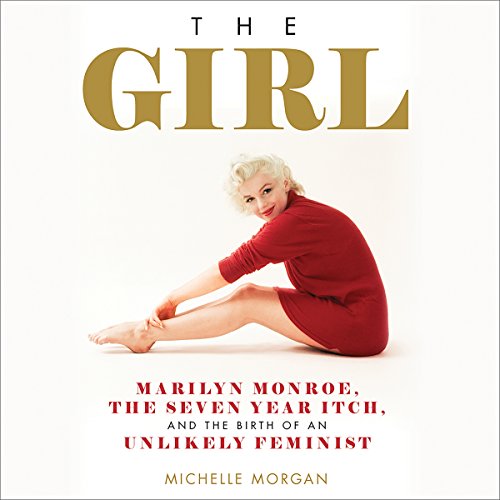 By: Michelle Morgan
Narrated by: Lisa Flanagan
Try for £0.00

With an in-depth look at the two most empowering years in the life of Marilyn Monroe, The Girl details how The Seven Year Itch created an icon and sent the star on an adventure of self-discovery and transformation from a controlled wife and contract player into a businesswoman and unlikely feminist whose power is still felt today.

When Marilyn Monroe stepped over a subway grating as The Girl in The Seven Year Itch and let a gust of wind catch the skirt of her pleated white dress, an icon was born. Before that, the actress was mainly known for a nude calendar and one-dimensional, albeit memorable, characters on the screen. Though she again played a "dumb blonde" in this film and was making headlines by revealing her enviable anatomy, the star was now every bit in control of her image, and ready for a personal revolution.

Emboldened by her winning fight to land the role of The Girl, the making of The Seven Year Itch and the 18 months that followed was the period of greatest confidence, liberation, and career success that Monroe lived in her tumultuous life. It was a time in which, among other things, she:

The ripple effects her personal rebellion had on Hollywood, and in trailblazing the way for women that followed, will both surprise and inspire listeners to see the Marilyn Monroe in an entirely new light.

What listeners say about The Girl

I have yet to read Michelle's book but when it comes to Marilyn Monroe books it's important to know who you can't and can trust to tell you the truth. I have read Michelle's first Marilyn book "Marilyn: Private and Confidential" and in it she asses Marilyn's life with holistic objectivism. No sensationalism.

So if you care about the truth of Marilyn more than the Legend, trust Michelle.

I never get tired of reading about Marilyn Monroe!!! If your a fan of Marilyn and everything in her life read it!!!

Wished it dived in deeper to the psychological issues Marilyn suffered. It narrated the dates and times she worked and shared stories of her life but didn't go deep enough.