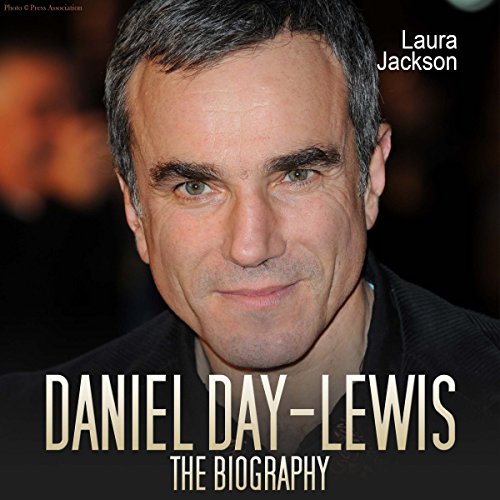 By: Laura Jackson
Narrated by: Matthew Lloyd Davies
Try for £0.00

Daniel Day-Lewis is an actor regarded by many as the finest of his generation. His portrayal of cerebral-palsy sufferer Christy Brown in My Left Foot won him his first Oscar in 1990, and in 2008 another Oscar followed for his role in There Will Be Blood.

His roles in The Age of Innocence, The Last of the Mohicans and In the Name of the Father further cemented his reputation as well as grossing millions at the box office, making Day-Lewis one of Hollywood's most bankable stars.

Stunning performances in The Crucible, The Ballad of Jack and Rose and, more recently, Nine have earned him more accolades, and rumours of an Oscar nomination for his portrayal of President Lincoln in the film Lincoln have confirmed Day-Lewis as an actor to be both respected and feared in the acting community. Yet despite, or perhaps because of, the height of his success and fame, Daniel is a man prone to episodes of extreme self-doubt. Behind his onscreen personas lies and infinitely complex figure.

In this brilliantly researched biography, Laura Jackson has talked to many of Daniel's close friends and fellow actors from the world of film and theatre, including Dame Judi Dench, Sir David Puttnam and Simon Callow, providing us with a fascinating insight.

DDL is the mist fascinating actor of our time. You might not learn a lot from the book but you might enjoy the interesting tid bits tge author included. I'll read anything about DDL.