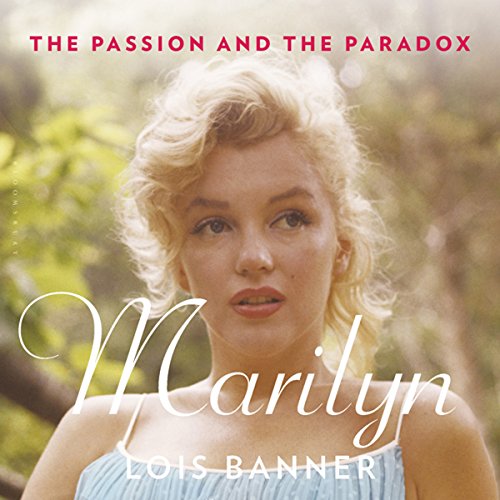 By: Lois Banner
Narrated by: Gideon Banner
Try for £0.00

Like her art, Marilyn Monroe was rooted in paradox: She was a powerful star and a childlike waif; a joyful, irreverent party girl with a deeply spiritual side; a superb friend and a narcissist; a dumb blonde and an intellectual. No previous biographer has recognized - much less attempted to analyze - most of these aspects of her personality. Lois Banner has.

Since Marilyn's death in August of 1962, the appetite for information about her has been insatiable. Biographies of Marilyn abound, and whether these books are sensational or flawed, Marilyn's fans have always come out in best-selling numbers. This time, with Lois Banner's revelations, the fans won't be disappointed. This is no retread of recycled material. As one of the founders of the field of women's history, Banner will reveal Marilyn Monroe in the way that only a top-notch historian and biographer could.

While researching, Banner's credentials opened doors. She gained access to Marilyn intimates who hadn't spoken to other biographers, and to private material unseen, ignored, or misinterpreted by her predecessors. With new details about Marilyn's childhood foster homes, her sexual abuse, her multiple marriages, her affairs, and her untimely death at the age of 36, this is, at last, the nuanced biography Marilyn fans have been waiting for.

What listeners say about Marilyn

loved it
new and insightful bio. Enjoyed the psychological approach. Liked that it wasn't gossip.

The feminist lens is so tedious and negative

Well, this is my fifth book about Marilyn. It’s the only one that insists like a petulant child that she was bisexual and I didn’t hear any actual evidence of that. She was married to three men! But leave it to the feminist scholar to equate any arousal with being anything other than heterosexual. Makes sense, their ultimate goal is an androgynous society.