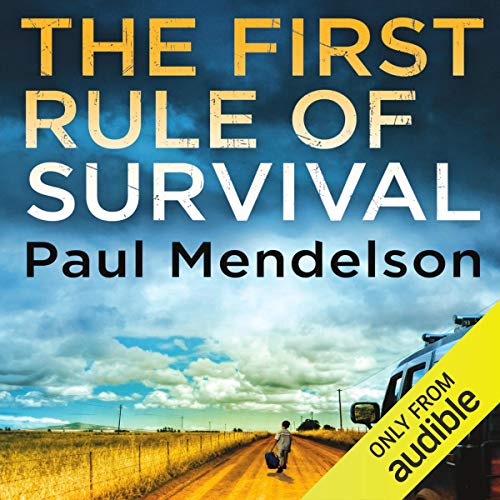 The First Rule of Survival

By: Paul Mendelson
Narrated by: Peter Noble
Try for £0.00

Now, a new case for the unpredictable Colonel Vaughn de Vries casts a light on the original enquiry; for him, a personal failure which has haunted him for those seven years and has cost him his marriage and peace of mind.

A former British government agent, friend to De Vries, provides intelligence on this new case, but is any of it admissible? Struggling in a mire of departmental and racial rivalry, De Vries seeks the whole truth and unravels a complex history of abuse, deception and murder.

Challenging friends, colleagues, and enemies, De Vries comes to realise he doesn't know who is which.

Set against the background of Cape Town and the endless, rolling South African veld, this chilling thriller reveals layer after layer of abuse - physical, political and psychological.

What listeners say about The First Rule of Survival

One No Trump it ain't, more like four spades.

I really did start by reading Bridge for beginners. But then Don February and Vaughan de Vries got hold of me. Excellent narration, intelligent plot and nuanced observation of culturally shifting forces at work in a New south Africa. Read it..