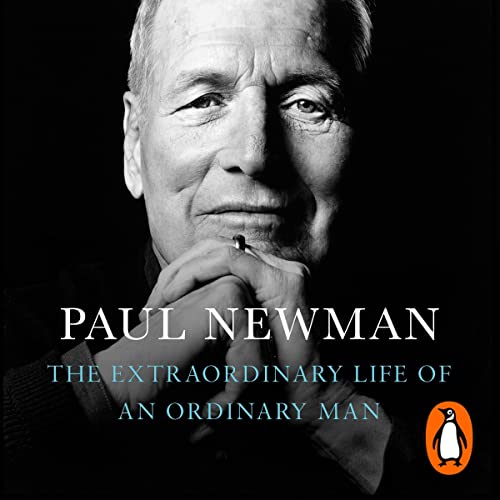 The Extraordinary Life of an Ordinary Man

The raw, candid, unvarnished memoir of an American icon.

In 1986, Paul Newman and his closest friend, screenwriter Stewart Stern, began an extraordinary project. Stuart was to compile an oral history, to have Newman's family and friends and those who worked closely with him, talk about the actor's life. And then Newman would work with Stewart and give his side of the story. The only stipulation was that anyone who spoke on the record had to be completely honest. That same stipulation applied to Newman himself. The project lasted five years.

The result is an extraordinary memoir, culled from thousands of pages of transcripts. The book is insightful, revealing, surprising. Newman's voice is powerful, sometimes funny, sometimes painful, always meeting that high standard of searing honesty. The additional voices—from childhood friends and Navy buddies, from family members and film and theater collaborators such as Tom Cruise, George Roy Hill, Martin Ritt, and John Huston—that run throughout add richness and color and context to the story Newman is telling.

Newman's often traumatic childhood is brilliantly detailed. He talks about his teenage insecurities, his early failures with women, his rise to stardom, his early rivals (Brando and Dean), his first marriage, his drinking, his philanthropy, the death of his son Scott, his strong desire for his daughters to know and understand the truth about their father. Perhaps the most moving material in the book centers around his relationship with Joanne Woodward—their love for each other, his dependence on her, the way she shaped him intellectually, emotionally and sexually.

The Extraordinary Life of an Ordinary Man is revelatory and introspective, personal and analytical, loving and tender in some places, always complex and profound.

What listeners say about The Extraordinary Life of an Ordinary Man

Fascinating insight into a great actor!

As Paul Newman notes in the book, most people only see the actor and rarely understand the person. This book, well read by different people for different contributors, as well as the wonderful voice of the main narrator, takes you through Paul Newman’s personal and professional life to provide a fascinating insight. His life was both incredibly sad and incredibly wonderful. It's not a long listen and well worth the time.

15 words are required for the review. I'll just say that the book is deep and you should listen to it.

Of course we all think we know Paul Newman, well think again. This book gives so much insight into him, I loved it and soon will listen all over again

Good to hear an in depth biography of a very private man. a real eye opener.

Really interesting to hear about Paul Newman's life, loves and career, in his own words. Amazing philanthropist, but a troubled man. Fascinating.

Fantastic story of a great actor with viewpoints from family, Agent and fellow actors

The Man Behind the Myth

This is an excellent warts and all memoirs told from multiple perspectives and voice acted through a range of friends, family and colleagues including Newman. He comes across as bracingly honest and immensely likeable. His written style reminded me of Hemingway's alter ego Nick Adams in its cadence and precise use of language. I came away with the distinct impression of a genuine life well lived in the public eye and now sadly missed in this age of shallow influencers and woke snowflakes.

A very interesting and insightfull book about a very special person. Will highly recommend it

I wasn’t disappointed. It never changed my view of him and he owned up to his ‘mistakes’…he did good by them too.