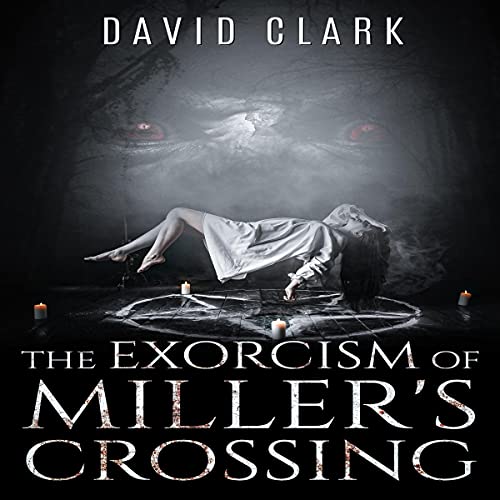 The Exorcism of Miller's Crossing

By: David Clark
Narrated by: Dallas Escue
Try for £0.00

The “Dark Period” the people of Miller’s Crossing suffered through before was nothing compared to life as a hostage to a malevolent demon that is after revenge. Worst of all, those assigned to protect them from such evils are not only helpless, but they are tools in the creature's plan. Extreme measures will be needed, but at what cost?

The rest of the “keepers” from the remaining six paranormal places in the world are called in to help free the people of Miller’s Crossing from a demon that has exacted its revenge on the very family assigned to protect them.

Action must be taken to avoid losing the town and allowing the world of the dead to roam free to take over the dominion of the living. This demon took Edward’s parents from him while he was a child. What will it take now?

The Exorcism of Miller's Crossing is the final book in the Miller's Crossing series. If you like mythic folklore, reluctant heroes, and stories of malevolent threats, then you'll love David Clark's chilling tale.

What listeners say about The Exorcism of Miller's Crossing