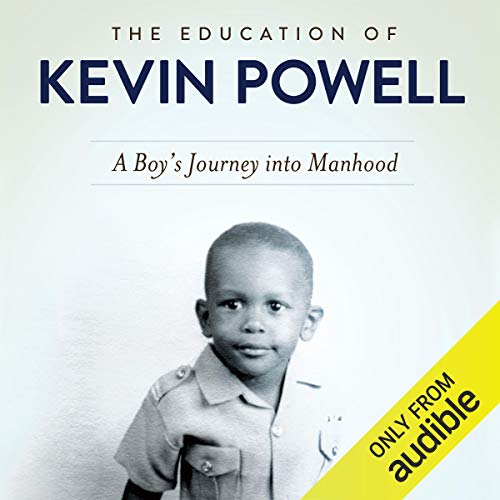 The Education of Kevin Powell

In the spirit of Piri Thomas' Down These Mean Streets and Maya Angelou's I Know Why the Caged Bird Sings, this powerful memoir by writer and activist Kevin Powell vividly recounts the horrific poverty of his youth; his struggles to overcome a legacy of anger, violence, and self-hatred; and his journey to be a man and a voice for others.

Driven by his single mother's dreams for his survival and success, Kevin Powell became the first in his family to attend a university, where he became a student leader keenly aware of widespread social injustice. But the struggle to define himself and break out of poverty continued into adulthood, with traumatic periods of homelessness and despair. As a young star journalist with Vibe magazine, Powell interviewed luminaries such as Tupac Shakur, writing influential chronicles of the evolution of hip-hop from his eyewitness view. Now, with searing honesty, Powell examines his troubled relationships, his appearance on MTV's first season of The Real World, his battles with alcohol and depression, his two campaigns for Congress, and the uplifting trip to Africa that renewed his sense of personal mission. Finally, Powell embarks on a search for the father he never really knew in a redemptive passage from abandonment to self-discovery.

A striking memoir by a child of post-Civil Rights America, The Education of Kevin Powell gives eloquent testimony to the power of the soul to heal.

What listeners say about The Education of Kevin Powell

Kevin Powell paints a picture much like the "Native Son" experience; a dramatic glimpse into a New Jersey childhood; a mother who both beats him and believes in him; but also a road to college and a life of political activism.

Powell himself narrates with stellar, passionate narration. He knows how to tell at story. His attention to detail makes his memories crackling and alive.

A Powellful story of a boy's lifetime! A classic!!

Kevin Powell, I am truly honored to have met you. Your autobiography is a true Testament to the trials associated with growing up as a poor, fatherless black boy in urban America. Your resilience is truly an inspiration to me. I look forward to sharing your story as I continue my work. May God continue to bless and protect you!

I love memoirs and Black history makers who are still living so I was excited to read this book. I found the writing awkward and pedantic which was surprising since it’s the memoir of a writer. The narration was over enunciated and over emphasized which gave it a very weird rhythm. The story itself was interesting but unfortunately I wouldn’t recommend this book. I’m glad it was free.

Impressive right from the start.

Exciting right from the beginning. The narration is excellent! I hope to find more books by this author.


The voice of a man who speaks not only of himself but of all who share similar life experiences but never write or talk about them. Surely this book will provide education for all its readers. As the pieces of this writer’s life comes together we are faced with the question, now what? How do we become our best selves and build a better community for our children, for each other?

I thoroughly enjoyed YOUR telling of your story. it was captivating, extremely well written and humanizing. Thank you Kevin for sharing your story.

This autobiography is wonderfully written and performed by the author. Being of the same age as Mr. Powell I can't help but to think back to who I was as an adolescent when I was introduced to him on the original Real World show. How different I was then as compared to now. I exhibited the ignorance that I was surrounded by, and the RW exposed me to a broader world. Years later experiences and study did that to an even greater degree. That's kind of the gist of Powell's life story, it's about how if we are lucky we can learn and grow, face the challenge of real introspection. His struggles and honesty, his slow evolution to oppose violence against women, and violence against self, to recognize them and stop them in his own life, to improve and grow is inspiring. His performance is also excellent, you can tell he is an accomplished spoken word performer. Great book.