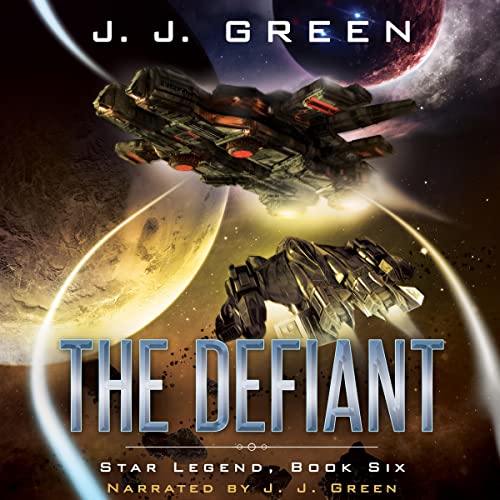 Forced to face an unknown fate

When Taylan Ellis found her kids, she thought her life of adventure was over. She looked forward to raising her children on a peaceful new Earth, where the scientific revelations of friendly aliens are changing the world for the better.

The Britannic Alliance has other plans for her. Skein mappers, who chart the newly discovered connections between all things, say Taylan still has a role to play.

The Alliance asks her to travel with her children aboard their latest starship, The Defiant, to challenge the hostile entities who threaten the planet with their deadly games.

If she agrees, her kids’ lives will be in danger. If she refuses, human civilization will be at risk.

The Defiant is the sixth and final book in the epic space fantasy series Star Legend.

What listeners say about The Defiant