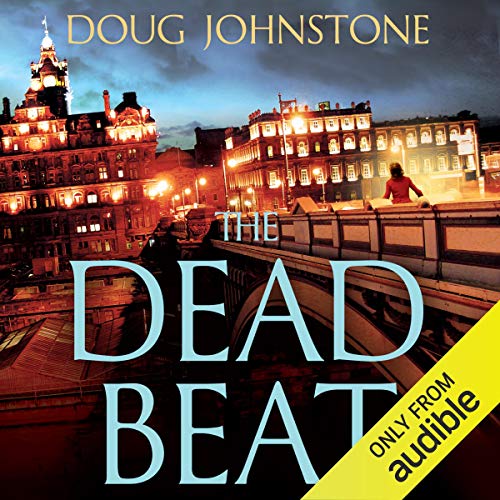 By: Doug Johnstone
Narrated by: Caroline Guthrie
Try for £0.00

Meet Martha. It's the first day of her new job as an intern at Edinburgh's The Standard. But all's not well at the ailing newspaper, and Martha is carrying some serious baggage of her own.

Put straight onto the obituary page, she takes a call from a former employee who seems to commit suicide while on the phone, something which echoes with her own troubled past.

Setting in motion a frantic race around modern-day Edinburgh,The Dead Beat traces Martha's desperate search for answers to the dark mystery of her parents' past. Soundtracked by and interspersed with a series of gigs from the alternative music scene of her parents' generation in the early '90s, Doug Johnstone's pause-resister is a wild ride of a thriller and a perfect follow-on to his number-one Kindle best seller, Hit & Run.

Doug Johnstone is the author of five novels, most recently the acclaimed Gone Again. He is also a freelance journalist, a songwriter, and a musician and has a PhD in nuclear physics. He lives in Edinburgh.

What listeners say about The Dead Beat

A good local story based in Edinburgh

I like these stories as I can relate to the area. great description of Edinburgh and the surrounding area. the plot has a few twists and turns that keeps you interested. the narrator is very good at the Scottish accent but struggles with the US accent. did'ny stop me from enjoying the book though.