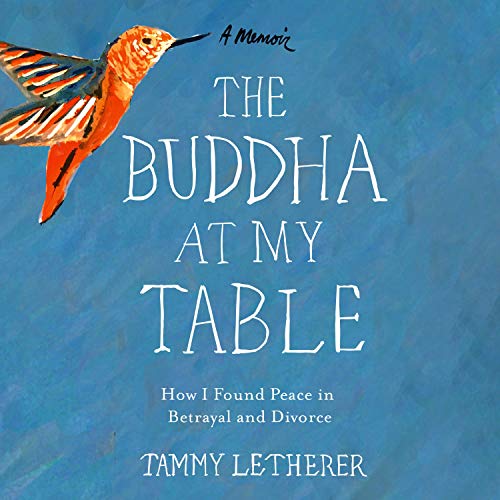 The Buddha at My Table

By: Tammy Letherer
Narrated by: Cindy Kay
Try for £0.00

"Can you come sit at the table?"

Tammy Letherer’s husband of 12 years spoke these words on a Tuesday night, just before Christmas, after he had put their three children in bed. He had a piece of paper and two fingers of scotch in front of him. As he read from the list in his hand, his next words would shatter her world and destroy every assumption she'd ever made about love, friendship, and faithfulness.

In The Buddha at My Table, Letherer describes - in honest, sometimes painful detail - the dismantling of a marriage that encompasses the ordinary and the surreal, including the night she finds a silent, smiling Thai monk sitting at the same dining room table. It’s this unexpected visitation, this personification of peace, that sticks with her as she listens to her husband reveal hurtful, shocking things - that he never loved her, he doesn’t believe in monogamy, and he wants to “wrap things up” with her in four weeks - and allows her to find the blessing in her husband’s betrayal. Ultimately, it’s when she realizes that she is participating in her life, not at its mercy, that she discovers the path to freedom.

What listeners say about The Buddha at My Table