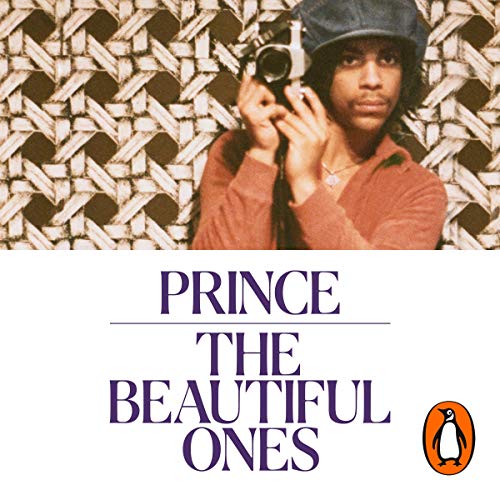 By: Prince
Narrated by: Esperanza Spalding,Adepero Oduye,Daniel Piepenbring
Try for £0.00

The brilliant coming-of-age-and-into-superstardom story of one of the greatest artists of all time, in his own words - featuring the exquisite memoir he began writing before his tragic death.

Prince was a musical genius, one of the most beloved, accomplished, and acclaimed musicians of our time. He was a startlingly original visionary with an imagination deep enough to whip up whole worlds, from the sexy, gritty funk paradise of 'Uptown' to the mythical landscape of Purple Rain to the psychedelia of 'Paisley Park'. But his most ambitious creative act was turning Prince Rogers Nelson, born in Minnesota, into Prince, one of the greatest pop stars of any era.

The Beautiful Ones is the story of how Prince became Prince - a first-person account of a kid absorbing the world around him and then creating a persona, an artistic vision, and a life, before the hits and fame that would come to define him. The audiobook is told in four parts. The first is composed of the memoir Prince was writing before his tragic death, which brings us into his childhood world through his own lyrical prose. The second part takes us through Prince’s early years as a musician, before his first album was released, via an evocative scrapbook of Prince’s writing. The third section shows us Prince’s evolution, going up to the cusp of his greatest achievement, which we see in the audiobook’s fourth section: his original treatment for Purple Rain - the final stage in Prince’s self-creation, where he retells the autobiography of the first three parts as a heroic journey.

The audiobook is framed by editor Dan Piepenbring’s riveting and moving introduction about his profound collaboration with Prince in his final months - a time when Prince was thinking deeply about how to reveal more of himself and his ideas to the world, while retaining the mystery and mystique he’d so carefully cultivated.

This work is not just a tribute to an icon, but an original and energising literary work in its own right, full of Prince’s ideas and vision, his voice and image - his undying gift to the world.

PLEASE NOTE: When you purchase this title, the accompanying reference material will be available in your Library section along with the audio on our Desktop Site.

What listeners say about The Beautiful Ones

Over before it's begun

Just getting into it and it was over! Feels like a money spinning wasted opportunity considering the enigma of a man who had such on impact on decades of music.

I like many people round the world waited with baited breath for the release of this partially completed memoir that Prince was working on until his untimely death. The book chronicles early childhood up to purple rain. You really can hear prince through the text giving thoughts and feelings about his past with the help of newspaper sources and Rolling Stone.

The book does give new insights even on stories that we think we know are forever changed because the words are from someone who was their which adds a new perspective.

The introduction from the author is both heartfelt and honest. The choice of using two narrators is interesting particularly Esperanza spalding as she worked with Prince and supported him on tour the narration is top notch and is a. Easy listen. The chapters offer a snapshot of thoughts and memories which I loved. Ultimately this book like Prince himself has left more questions then answers which I think is very fitting indeed. What questions ? What if Prince had completed the book as he intended ? What if the great maestro was still here? Two very painful questions but ones that scream from the page. This book has been lovingly put together but like princes life I always believed it was cut short, unfinished.

I loved it... All good things never last..shame

such a shame it finished. explains alot if u listen carefully. Prince Fams will understand.

Prince, The Beautiful Ones.

Just wanted to hear from Prince not collaborations of excerps from magazines and interviews. Real shame.

I’m so sad we never got the Prince book it’s sounds like it was going to be mind blowing. I’m so glad this story was told

While the long introduction by the editor is interesting in places, the reality is that Prince passes away before the book really got off the ground. There’s some compelling material on his background - though a few things (his relationship to two sibling mentioned in the later sections, his decision to base a play on his mother having shot his father and then ‘turned the gun on herself’ etc) are never explained. There’s not a lot here for those interested in his amazing artistry to sink their teeth into, and not much in terms of his philosophy of life etc. Some glimpses of that, and of his commitment to challenging racism and exploitation, but I feel like this just never quite got off the ground.

A must-read/listen for true Prince fans

I am glad to have had the opportunity to share some of Dan's insightful memories. The book does it's best to give us a glimpse of what could have been. Such as tragic and abrupt halt to one of the most important and truly diverse talents of our modern musical times. My only regret is that this book further cements my sadness that I did not manage to get to see Prince Rogers Nelson perform live. I love the excerpts of Prince's writing, I can hear his voice so clearly when reading them. It's always a special treat when we are able to appreciate unreleased material, photo's and such. Thank you for what must have been a difficult task of putting this to print.

an ok listen, but sadly too short.

if the great man was not taken from us prematurely, this would have been quite a listen.
the co-author does his best with his own contribution,& his own prince stories are good, but it feels like a bit like a cliffhanger that (sadly) we'll never get to see the conclusion of.