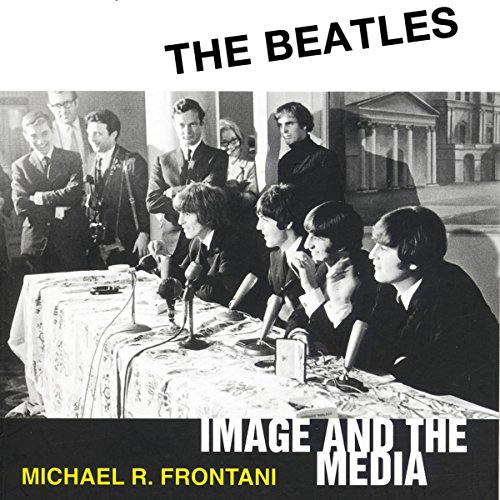 By: Michael R. Frontani
Narrated by: James Langton
Try for £0.00

The Beatles: Image and the Media charts the transformation of the Beatles from teen idols to leaders of the youth movement and powerful cultural agents. Drawing upon American mainstream print media, broadcasts, albums, films, and videos, the study covers the band's career in the United States. Michael R. Frontani explores how the Beatles' media image evolved and how this transformation related to cultural and historical events.

Upon their arrival in the U.S., the Beatles wore sharply tailored suits and cast themselves as adorable, accessible teen heartthrobs. By the end of the decade, they had absorbed the fashion and consciousness of the burgeoning counterculture and were using their interviews, media events, and music to comment on issues such as the Vietnam War, drug culture, and civil rights. Frontani traces the steps that led to this change and comments on how the band's mantra of essential optimism never wavered despite the evolution of its media profile. The book is published by University Press of Mississippi.

What listeners say about The Beatles

An Academic Thesis On Beatles Media With A Re-Tell

This book is less interesting for the Beatles story, which has been re-told countless times and better served in Tune In by Mark Lewisohn, which was published after this book. What is more interesting are the tidbits of information that we get about how the media culture at the time reacted to the Beatles. Unfortunately, the book is mostly padded with the Beatles story with not enough media reaction. The narration was good, but nothing in the book really grabbed me.