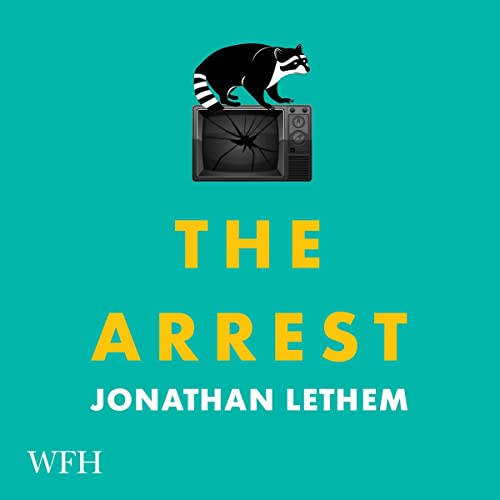 By: Jonathan Lethem
Narrated by: Robert Fass
Try for £0.00

The Arrest isn't post-apocalypse. It isn't a dystopia. It isn't a utopia. It's just what happens when much of what we take for granted - cars, guns, computers and airplanes, for starters - stops working....

Before the Arrest, Sandy Duplessis had a reasonably good life as a screenwriter in LA. An old college friend and writing partner, the charismatic and malicious Peter Todbaum, had become one of the most powerful men in Hollywood. That didn't hurt.

Now, post-Arrest, nothing is what it was. Sandy, who calls himself Journeyman, has landed in rural Maine. There he assists the butcher and delivers the food grown by his sister, Maddy, at her organic farm. But then Todbaum shows up in an extraordinary vehicle: a retrofitted tunnel-digger powered by a nuclear reactor. Todbaum has spent the Arrest smashing his way across a fragmented and phantasmagorical United States, trailing enmities all the way. Plopping back into the siblings' life with his usual odious panache, his motives are entirely unclear. Can it be that Todbaum wants to produce one more extravaganza? Whatever he's up to, it may fall to Journeyman to stop him.

Written with unrepentant joy and shot through with just the right amount of contemporary dread, The Arrest is speculative fiction at its absolute finest.

What listeners say about The Arrest

Dystopia, or just a change of circumstances?

I found this to be a refreshing and individual take on the dystopian genre. The 'arrest' of the title refers to the failure of all technology and machines, the bulk of the novel speculating on how people raised in a computerised and electrical world could adapt to a life without these things.

The real triumph here is the prose, which is consistently readable (listenable) and enjoyable, and the characters, who are believable and atypical. Atypical is in fact the most apt word I could use to describe the novel overall, as what stood out were the ways in which it differed from 'standard' dystopian stories. While the inevitable violence and tribalism you would expect are referenced, the focus is on psychology and characterisation, principally via two characters who once worked in Hollywood. How easy would it be for people used to such a lifestyle to alter their expectations and settle into a slower and more basic style of life? It was a pleasure to read and find out, and to engage with the idea that a technological arrest may not be the complete catastrophe we may expect, but simply a moving on to some new form of existence - not necessarily an end, but just a change.

I should mention too Robert Fass's narration, which was excellent - well-paced and full of character, he really added to the nuance of Lethem's prose, and brought the consistently brilliant dialogue to life.