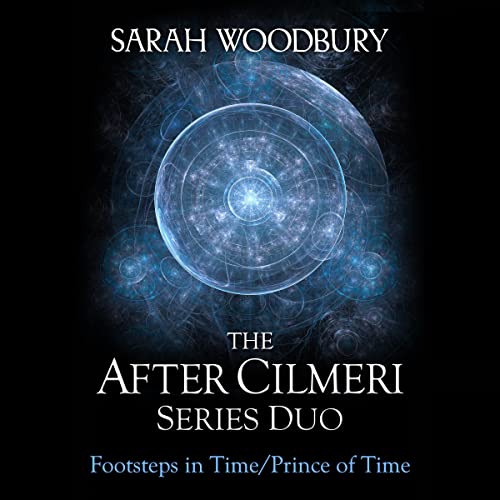 The After Cilmeri Series Duo

By: Sarah Woodbury
Narrated by: Laurel Schroeder
Try for £0.00

Join the adventure as Anna and David are catapulted back in time to alter history and save the medieval kingdom of Wales...

Footsteps in Time: Anna is driving her aunt's minivan with her brother, David, when she crashes through time and finds herself in the middle of an ambush of Llywelyn, the last Prince of Wales. It is December 1282, and the English have attacked, hoping to eliminate the Welsh rebels forever. Instead, the siblings save Llywelyn's life and embark on a journey that transforms not only themselves but an entire world.

Footsteps in Time is the story of what might have happened, had Llywelyn lived.

And what happens to the two teenagers who save him.

Prince of Time: David and his man-at-arms, Ieuan, find themselves alone and on the run from a company of English soldiers who've sworn vengeance for the recent death of their king. Meanwhile, Llywelyn lays on his deathbed from a traitor's arrow. And once again, it is David and Anna, and all they represent, that holds the key to the survival of Wales.

Footsteps in Time and Prince of Time are appropriate for teens and adults.

What listeners say about The After Cilmeri Series Duo