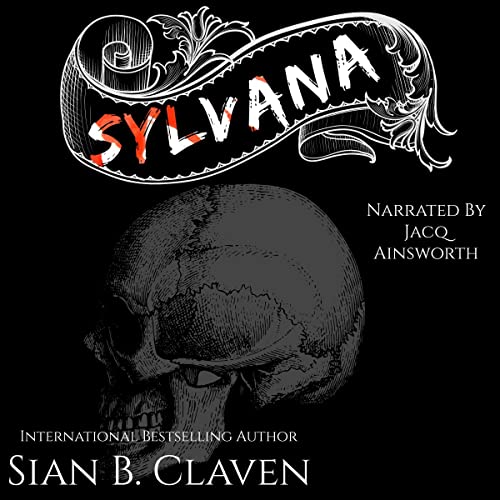 By: Sian B. Claven
Narrated by: Jacq Ainsworth
Try for £0.00

How do you kill something that is already dead?

Looking for a temporary place to stay before their final move, Robbie and Diana are tired of moving their little family of five around, so when Robbie finally secures a job, they aren’t fussed about the temporary living arrangements in the old "Metz" house. Aware of the gruesome murders that took place in the home, Diana starts to regret their decision when strange things begin to happen, and their children seem affected by their choices. Her baby sees someone who isn’t there, her eldest twin is always angry, and her middle child is withdrawn.

And no one can explain the strange things that happen around the house.

When a copycat killer starts to hunt people around the neighborhood, Diana’s nerves are finished, and Sylvana is called upon to save her tenants before it is too late. The only question left is whether or not she will make it in time with the answers they need.

What listeners say about Sylvana

Such a good finale

Such a good finale to the series. Nice little twist with the family dynamics and who the evil one turns out to be. The good versus evil battle is brought to a very clean end with all loose ends tied up. This author has such a good way of world building and getting you to care for the characters. I’m definitely going to check out her back catalogue

Loved the narration of Jacq Ainsworth

This is the finale in the Butcher series and sweet Lord did it have me on my toes, looking over my shoulder and not listening in the dark. Brilliant.

This book had me hooked from the start. It is a creepy read, but so good. Love the writing and this story.
Sian really can and will take you out of your comfort zone. She just has a way with her words that have you hooked from the start, wondering where the story is going to go.

WTF!!!!! not the little girl. why did he do that? so sad 😞. man I wounder what goes through someone head when they kill. what sets them off to do stuff like that? Are there really demands or dark entities that make people do $h!+ like that? man life can throw you some curve balls sometimes.

The Metz family is in trouble.

The third book in The Butcher series. A family moves into the house where The Butcher was killed and his victims haunt. Warning: Don't fall for any of these characters. You don't know if they will survive! Creepy, violent, gory, haunting. This felt like a conclusion, but seems there is one more book. The Lady Butcher. Agh!

I was gifted an Audible version of this book from the author through Story Origin. Jack Ainsworth has narrated all three books. She does a swell job with this gory, creepy subject matter. This book has multiple POVs and she was great.