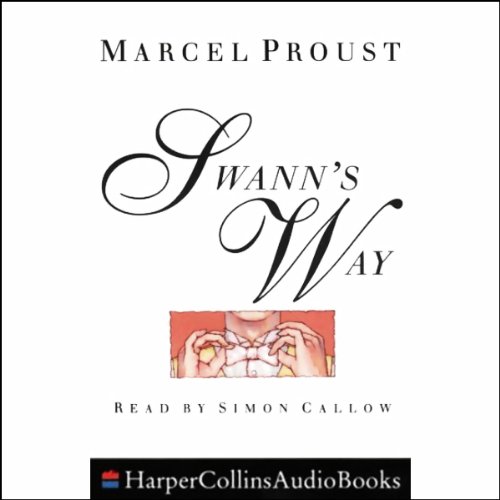 By: Marcel Proust
Narrated by: Simon Callow
Try for £0.00

Published in 1913, Swann's Way is the first of the seven parts of Marcel Proust's masterpiece, Remembrance of Things Past, one of the major achievements of 20-century literature. The narrator discovers that an involuntary memory triggered by some casual action, say, eating a madeleine cake or stooping to remove one's shoe, has the power to recover large areas of the past; and he sets out to resurrect his past life and the people and places that most affected him. Swann's Way, which is offered here in the celebrated translation by C.K. Scott Moncrieff, focuses particularly on Charles Swann and his love for Odette.

"If you've never got round to reading this famous philosophical Frenchman, Simon Callow's lively narration is an excellent introduction to Proust." ( Daily Mail)

What listeners say about Swann's Way

I struggled through the first book but persisted with the idea that so many great minds could not be wrong and to fail at such an easy way to "read" such a great book would reflect badly on my intellect.

By the second book I was hooked. By the last book I wished there were more although it did end properly and neatly. A year later I still wish I had more Proust to read and might have to start again at the beginning.

Undoubtably the narrator made it easier as he was marvelous.

Proust has definitely enriched my life and changed the way I consider things for the better.

A fantastic reading of a classic

Where does Swann's Way rank among all the audiobooks you’ve listened to so far?

This is probably the best read audiobook performance I've yet heard. The only thing that runs it close is Elliot Gould's readings of Raymond Chandler. As for the book itself, well, it's Proust. Just the first book of Montcrieff's translation. Proust and Montcrieff - the latter especially - are out of fashion, but Callow's performance... well, it doesn't bring it up to date, but it revels in the slight stuffiness, the starched awkward beauty of the prose. It fits. He makes it fit.

If you've been wondering about Proust, this is a great way to experience his work.

Not just Proust, but yet read by the lovely Simon Callow too! A must read or listen to for any Proust fans.

In Search Of The Lost Plot

Callow's reading is superb. The problem is the severity of the abridgement, which leaves out great chunks of the original and makes the story line hard to follow at times. But as a taster of the flavour of Proust's celebrated book, it offers a nice foundation for future reading.

Intelligent reading for book with such intricate thought processes. Listened over and over cos so much to digest. Listening helps to appreciate complexity of sentence structures.