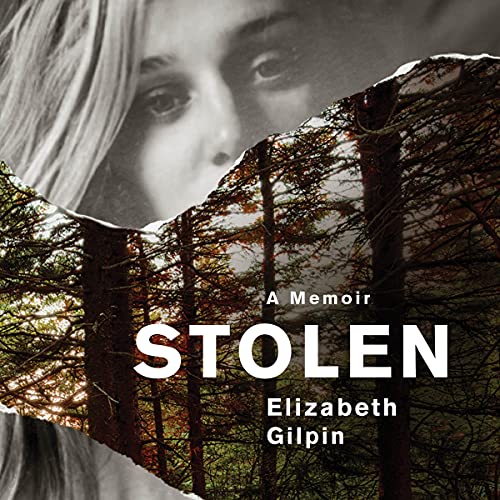 A gripping chronicle of psychological manipulation and abuse at a “therapeutic” boarding school for troubled teens, and how one young woman fought to heal in the aftermath.

At 15, Elizabeth Gilpin was an honor student, a state-ranked swimmer, and a rising soccer star, but behind closed doors, her undiagnosed depression was wreaking havoc on her life. Growing angrier by the day, she began skipping practices and drinking to excess. At a loss, her parents turned to an educational consultant who suggested Elizabeth be enrolled in a behavioral modification program. That recommendation would change her life forever.

The nightmare began when she was abducted from her bed in the middle of the night by hired professionals and dropped off deep in the woods of Appalachia. Living with no real shelter was only the beginning of her ordeal: She was strip-searched, force-fed, her name was changed to a number, and every moment was a test of physical survival.

After three brutal months, Elizabeth was transferred to a boarding school in Southern Virginia that in reality functioned more like a prison. Its curriculum revolved around a perverse form of group therapy where students were psychologically abused and humiliated. Finally, at 17, Elizabeth convinced them she was rehabilitated enough to “graduate” and was released.

In this eye-opening and unflinching book, Elizabeth recalls the horrors she endured, the friends she lost to suicide and addiction, and - years later - how she was finally able to pick up the pieces of her life and reclaim her identity.

"Elizabeth Gilpin’s memoir broke my heart. She writes in vivid prose about how, as a fifteen year old girl - an honor student and a promising athlete - she was kidnapped in the middle of the night by strangers, sent to live in the woods for months, and finally placed at a cruel, abusive, 'therapeutic' boarding school. The story is fascinating. It is also a powerful and timely examination of the consequences of misdiagnosing and mistreating mental health and trauma." (Molly Bloom, best-selling author of Molly's Game)

What listeners say about Stolen

Child abuse at its worst

A shocking yet amazing account of the abuse that Elizabeth, both author and narrator, suffered in her teenage years. Her rejection by her parents, abduction at night, strict lockdown in the forest for several weeks, and over a year of boarding school, whose regime was designed to break down and brain wash young minds, are the imaginings of the worst horror fiction. But in Elizabeth’s life it is all true. One cannot listen as she reads her account and not be moved by the emotions which are still very real for her. Whilst reading other readers’ reviews I was struck by how many were from those who had experienced similar situations. Clearly this kind of experience resulted in irreparable damage to many as witnessed by the many shortened lives recorded. On the other hand, it also demonstrates the capacity of the human spirit to remain strong, despite this adversity, if one is able to maintain a sense of reality as did Elizabeth.

Insightful, heartbreaking look into abuse of the TTI

The troubled teen industry has been conning parents and abusing children for over 4 decades. Using deceptive marketing tactics, these for-profit schools kidnap children from their beds in the middle of the night, strip them of their identity, and cut them off entirely from the outside world. Elizabeth’s book is an insightful emotional journey on her experience through this hell. Children are stripped of their humanity, after their parents signed away their custodial rights, which ‘Stolen’ describes in gut-wrenching detail.

Most of these ‘programs’ masquerade as schools, with little to no government oversight. Staff members are unqualified and untrained, subjecting children to whatever dark whim they choose to inflict. The schools have numerous lawsuits again them, with allegations of abuse, will close down and open back up under another name. Such has been this horrifying cycle.

As a survivor of one these schools, though under the now defunct WWASP branch of schools not CEDU like Elizabeth’s school, it amazes me places like this are still open today. The majority of these kids leave the schools with lifelong CPTSD, and a host of other mental issues they did not go in with. At 33 years old, this book made me know that I am not alone in my struggle to confront this absolutely horrible time of my life, most of
the memories I have attempted to completely block out.

The most heartbreaking part of this book was the ending, where Elizabeth dedicates ‘Stolen’ to every victim of Carlbrook Academy who has since passed away; suicide and overdose are all very common outcomes for survivors of such programs.

Elizabeth does an excellent job of explaining that teenagers in pain don’t need these programs - they need intensive therapy, warmth and support from their parents. Shipping your difficult teenager off is not the solution. For parents considering this, check out the Breaking Code Silence movement, in which thousands of victims have finally begun speaking out.

It is astounding to think that this horrifying industry exists, but nevertheless it does. The author brings us into it as best she can - through the power of her own story. And it is heart-wrenching to see. This work is important, and it is excellently put together.

Some might disagree with the choice of the reader, but when you hear all that raw, true emotion in her voice, it adds another layer of humanity to the story that is all the more compelling.

She walked me through her life as if I were a watching from birds eye view; some many parts are very relatable. Must read.

I hope by writing this book it helped in healing the author. I happen to know someone very much like Elizabeth. This gave me meaningful insights and a road map to help her. I highly recommend this book.

This book is not only beautifully written but it is a very brave and powerful true story written by the woman who went through it. This story had to be told, as many children have and continue to go through these abusive situations. Elizabeth Gilpin has a huge amount of strength to put this out into the world, I couldn’t recommend the book more!

Stolen is a captivating story courageously told. I commend Ms. Gilpin on the strength it must have taken to write and read the story in her own voice. It is moving to hear the emotion in her voice as she recalls abuses endured and loved ones lost. I highly recommend Stolen.

Not sure who on her team allowed the author to narrate the audio book, but they should be fired. So robotic. You’d think you could muster some emotion for YOUR OWN story. After a little research on the author, turns out she is an actress. You won’t see her on many awards lists. Such a waste of time and credit. Stopped listening after part one as her monotone, emotionless voice was distracting.

I had friends taken to “boarding schools” like this when I was in my teens… I wish I’d known how awful and irrational the practice was at the time. Thanks to Gilpin’s powerful recounting of her own traumatizing experience, I’m now aware. Her intimate and emotional narration here on the audio book adds greatly to the memoir’s moving story.

Would have liked to know her diagnosis. Who hurt her. Who abused her as a child

Every parent should read this book.

From start to finish, this memoir is uncomfortably thrilling and profoundly thought provoking. Not only is the story well written, harrowing and cinematic in both scope and pace, but it also serves, maybe more importantly, as a relevant and timely morality tale for all parents of adolescent children.