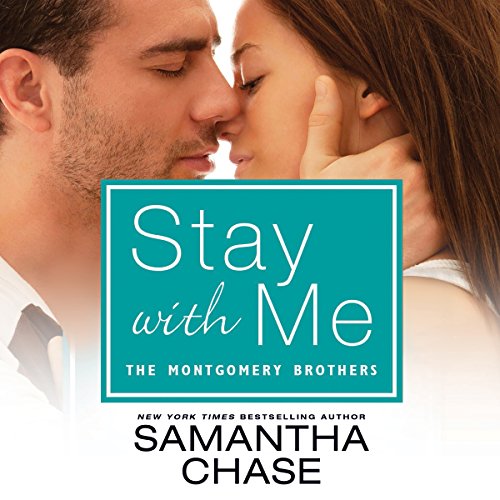 By: Samantha Chase
Narrated by: Kevin T. Collins
Try for £0.00

Was a little peace and quiet too much to hope for?

Mac Montgomery spent two years watching his father play matchmaker for his brothers and their wives, and as the last Montgomery standing, he knew it wouldn't be long until all eyes would be on him. While he couldn't deny that things had worked out well for his siblings, the last thing that Mac wanted was to get married and settle down.

He hadn't counted on his father not wanting to set him up with anyone.

And he hadn't counted on Gina Micelli.

After more than a dozen years away from her beloved family friends, Gina Micelli comes home to take care of her ailing father. Some of her most cherished memories are of the times she spent with the Montgomerys - and her crush on Mac. She was a child when she moved away, but now as a grown woman, the thought of seeing Mac again actually has her wondering about the possibilities.

Ever the responsible one, Mac makes sure that Gina is taken care of during such an emotional time. He wants to see her as a friend, as the girl he remembers from his youth. Unfortunately the beautiful woman she has grown into has all thoughts of a platonic relationship flying out the window. Torn between honor and passion and peace or chaos, all Mac knows is that his life is never going to be the same.

The timing is all wrong, but for two people fighting for control over their own lives, their response to one another is anything but.

What listeners say about Stay with Me

Did not enjoy the narration

The story was driven by both characters constantly jumping to conclusions. I could not root for either. Narrator added to whiny sound of story.

The narrator of this book almost made this book unbearable. I stuck it out and liked the story well enough. I just hated the narrator. Everything is exciting to him. Every word! I really think he needs to have some lessons in narration if he plans to do this.

never could get really into books until this series, now I can't wait for the next one

10 Starts - PETFECT! Get your tissues ready!

Since I started using audible I have read many romance authors. Many of them very good, producing some exceptional love stories that made me laugh and swoon and stay up all night to finish. Through all that, literally hundreds of books, I only recently found Samantha Chase and her Montgomery brothers series. I enjoyed both book 1 & 2 immensely but book 3, Stay with me, was one of those exceptional love stories.

I just LOVED this book!! But fair warning you will both laugh AND cry.

Where do they get these narrators??? This one is horrible! I had to quit listening 25 minutes into the story.

This was truly a love story. I really like these love stories, but, the narrator is terrible for love stories. Should have used a female narrator as well. I'm gonna listen to the rest of the series, but, just to let you know he kills the romantic vibe!!! I really like your stories Samantha Chase, I have listen to quite a lot of them, just disappointed with these because of the narrator!!

oh my God! I absolutely hated this narration. I kept hoping it would get better, but it droned on & on... my ears were about to bleed. every word sounded like a negative lecture from a pissed off husband or father.