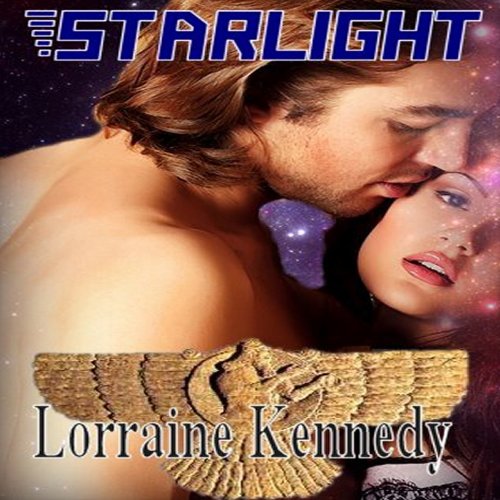 By: Lorraine Kennedy
Narrated by: Patrice Gambardella
Try for £0.00

Sam is searching for that elusive fantasy lover who haunts her dreams, but what she finds is a Prince of the Stars, and a deadly enemy to mankind.

The ancient Sumerian Gods are about to make their presence known. For thousands of years the Annunaki have been watching and waiting - now the time has come for the earth to be cleansed once again.

Thian has watched Samura from afar - yearning for that which has been forbidden. Will his love for his enemy's daughter, be his downfall - damning him to become one of the Fallen?

When the children of Santa Fe begin to vanish, Officer Sam Priestly finds herself in a surreal nightmare of misty images and a strange music that pulls at her soul - filling her heart with longing.

To uncover the cause of her bizarre nightmares, Sam's doctor puts her under hypnosis, but what she discovers lurking in the deepest recesses of her mind, is far more than she bargained for. Is it insanity, or is she really in the middle of a galactic battle between good and evil - where the fate of mankind rests with the ancient gods?

If she is to have any hope of saving all that she loves, Sam must conquer the Reptilian invasion - fighting side by side with the man who is her adversary, and her lover.

Can she place her trust and her heart in the hands of one who has campaigned for the destruction of humans?

What listeners say about Starlight

I got this book from The narrator for a rewiev.
I had to listen to this book two times before i could give my rewiev. So many details in this book. all the teories about reptiles and aliens was so good. And not over the top.
I do believe i have seen thise teories other places. So it make it abit more real. And the ideer that there have been aliens among us since before we became the homosapies that weare now. I really liked.
at first i found the narration abit slow. But after a few minuts it drew me in and i found that it fittet the mude of the book. A Nice smooth voice that draw you in.
abit different then what i normaly would listen to. But none the less i really liked it and it is not the last time i will look for this auther or narrator.

I like the story but the reader is too flat. The vocal infections don’t seem to match the situations etc. I just couldn’t listen any longer.

Not bad, just not right

I liked the idea of the story, and the plot. I’m not sure if it was the narrator or the writing, but it wasn’t fun or easy to listen to. It felt choppy and slow. Maybe I’ll get the kindle version and give it another try