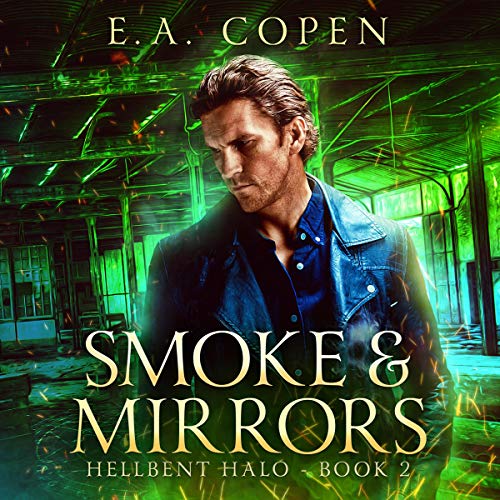 Working for heaven is a living hell for rogue wizard Josiah Quinn.

There are too many rules and not enough easy cash. His first official assignment from the God Squad? Solve a string of brutal murders that he believes are part of an intricate and all-too-familiar summoning ritual involving broken mirrors.

His investigation leads him to the front door of Stefan Nikolaides, the one and only living oracle in North America. What Josiah learns from Stefan’s terrifying visions sends him deep into the underworld of the Greek mafia, where satyrs call the shots and cut deals behind locked doors using the only currency that matters: human souls.

Are the mobsters involved in the ritual summoning? Or is it all smoke and mirrors, distracting Josiah from the real monster - one a little closer to home?

What listeners say about Smoke & Mirrors