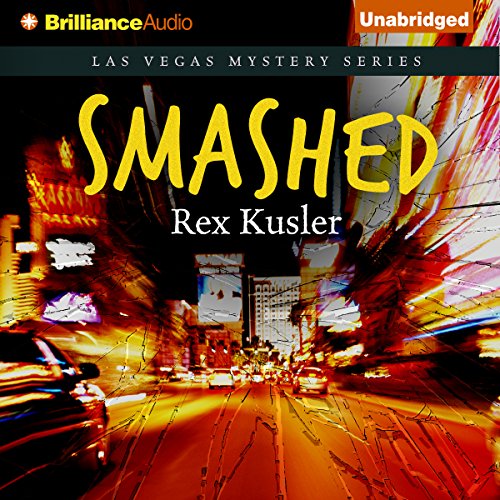 By: Rex Kusler
Narrated by: Patrick Lawlor
Try for £0.00

Private eyes Jim Snow and Alice James are baffled by their new client, Cassie Lane, a buxom casino slot technician who hires them to investigate the murder of her ex-lover, Billy Ryan.

Billy, a professional horseplayer, has been shot outside his home after a night at the casino with his friend Dean Kale. Later, his stolen car strikes and kills a pregnant teen in a hit-and-run not far from the scene of his murder.

Who wanted Billy dead? His wife, Gina, an attractive blonde, is said to be a former model with a rap sheet, but is she not what she seems? Her two derelict brothers? Or was the hit-and-run victim really the intended target, and Billy's shooting and the theft of his car a premeditated step in the crime?

As Cassie's behavior becomes ever more bizarre, Snow and Alice make a startling discovery that forces them to consider their own client a suspect.

What listeners say about Smashed

My 1st read from this series. All the characters sound the same - 20-something ner-do-wells, former hookers, and professional gamblers don't all talk like retired homicide detectives. It's not authentic.

Snow is boorish in his opinion of women (periods make women dumb. huh huh.) It's not quirky or charming. Alice is ...bland and pushy at the same time. I honestly expected more humanity from this team. Do they even like each other?

The narrator is reliably excellent.

She did a much better job with the Alice character and she did the male voices as well as any female narrator has done.