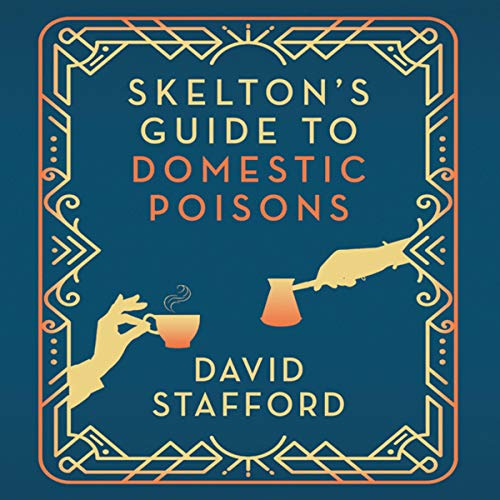 Mary Dutton is accused of killing her husband by poison. The police see it as an open-and-shut case, and even those protesting for her believe she committed the act but is innocent of wrongdoing after suffering years of domestic abuse. Since his recent success in the high-profile Dryden case catapulted him to the front pages of the national press, Arthur Skelton is now one of the most recognisable barristers. Despite the odds, he agrees to represent Mary Dutton. With a general election on the horizon and both sides of the political divide keen to turn the Dutton case to their advantage, as well as long-held secrets within the Dutton family itself, can Skelton ever really expose the truth?

What listeners say about Skelton's Guide to Domestic Poisons

Monotone narration, poor plotting, story dragged. Not sure who the audience would be for this book. Didn't finish. Just awful.

Nothing else like this. I laughed throughout and still there were very poignant moments. This author truly understands people and the human condition. This is more about the journey than the mystery but there are enough leads to feed the plot. Take your time and savor every phrase.