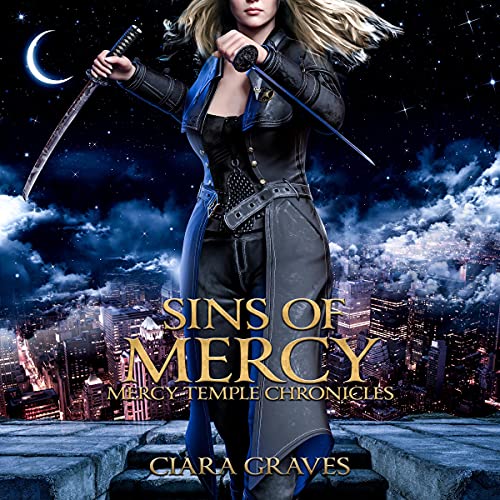 By: Ciara Graves
Narrated by: Jacq Ainsworth
Try for £0.00

Mercy Temple lives in a world where paranormals are a thing. Humans know of their existence, but the two species don’t interact. Or so it is thought. She’s a bounty hunter. She’s good at what she does.

There’s a growing darkness within Mercy. Dark voices fill her mind. Just when Rafael is starting to open up, she shuts down. She’s lying to those who care about while she single-mindedly pursues tracking down the mage that cursed her.

Rafael’s plagued by nightmares and a past he can’t escape. He needs help of the magic kind - and Rafael hates magic! - yet he seeks Gigi out. Unable to find her, he ends up going to the wrong witch.

Things go from bad to worse when Mercy vanishes leaving only a note behind.

What listeners say about Sins of Mercy