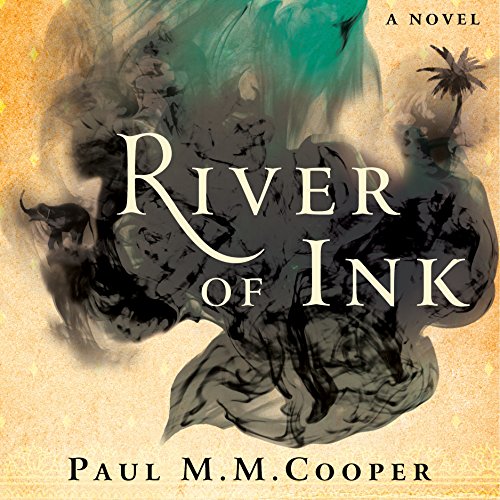 All Asanka knows is poetry. From his humble village beginnings in the great island kingdom of Lanka, he has risen to the prestigious position of court poet and now delights in his life of ease: composing romantic verses for love-struck courtiers, enjoying the confidence of his king, and covertly teaching Sarasi, a beautiful and beguiling palace maid, the secrets of his art.

But when Kalinga Magha, a ruthless prince with a formidable army, arrives upon Lanka's shores, Asanka's world is changed beyond imagining. Violent, hubristic, and unpredictable, Magha usurps the throne, laying waste to all who stand in his way. Under his terrifying rule, nothing in the city is left untouched and, like many of his fellow citizens, Asanka retreats into the shadows, hoping to pass unnoticed by the tyrant. But it seems his new master is a lover of poetry....

To Asanka's horror, Magha tasks him with the translation of an epic Sanskrit poem, a tale of Gods and nobles, love and revenge, which the king believes will have a civilizing effect on his subjects, soothing their discontent and snuffing out the fires of rebellion he suspects are igniting across the island.

Asanka has always believed that poetry makes nothing happen, but as each new chapter he writes is disseminated through the land and lines on the page become cries in the street, his belief and his loyalties are challenged. And, as Magha circles ever closer to the things Asanka treasures most, the poet will discover that true power lies not at the point of a sword, but in the tip of a pen.

What listeners say about River of Ink

Worth a listen for fans of history

I came back to Paul Cooper's first book after being blown away by the plot of his second novel. While River of Ink packed an emotional punch, I felt it lacking in terms of clarify of plot. It switches perspective a few times jarringly and I found it hard to follow. The ending also felt abrupt and rushed. It could have used some fleshing out.


I'm glad I listened to this because I learned about Tamil culture and classic poetry of the region. As a work of fiction, it could have been executed better. Fans of Cooper's podcast might be able to overlook the above issues for the history. I would suggest reading about the subject matter before diving in to better appreciate the context.


I also had some minor issues with the reader. His delivery was excellent but sometimes too subtle. There was a lot of whispering at times that made it difficult to listen to in a car. His delivery was otherwise excellent and carried plenty of emotion. I truly felt the characters' sorrow and rage.

Not my normal thing…

Not my normal thing but I was watching some of the authors comprehensive videos on his Fall of Civilizations YouTube channel (they’re fantastic by the way) so it got me investigating who is behind them. As it turns out he also pens absolutely beautiful books that paint rich and exotic worlds from a time long ago. I took a chance and really ended up enjoying this book, you might too.

I think a reading of this book is the way to experience it. I don’t have a good internal poetic voice so the voice of the reader enhanced the story.
It’s effective at putting the reader in the proper time and place.
Its reverence for poetry and language is clear.
I will certainly listen to it again as the voice is still with me.

Paul M.M. Cooper has written a beautiful story, so evocative and mesmerizing it seems it must be an old fable passed down through generations. The reader could not have been better chosen. He makes one glad of the power of speech. The writer demonstrates the power of the written word, which can be both universal and unique. I’ll be thinking of The River of Ink for a long time. And, I’ll be looking for others who carry it in their blood.

Great Story of An Unlikely Hero

I have been listening to Paul MM Coopers podcast The Fall of Civilizations, and have been enjoying it immensely. So when I found out he had written some books, I had to try one. This story really immerses you in the characters, place, and society of the story, The characters come through so well, that at times I found my self not liking the main character, not because of the writing, but because of who he was. Paul obviousle has a love of history and culture, and it really comes through, even though this is a piece of historical fiction. Paul's podcast is well produced and often has several voice actors for various characters in the piece of history he is covering. I was worried that he probably did not have a choice for this reading, and that it would impact this book. I was not disappointed though, in fact I am not sure I could not imagine a better choice for the narrator, his voice and accent really put you in the place of the story. I am looking forward to Paul's latest book making it to Audible.