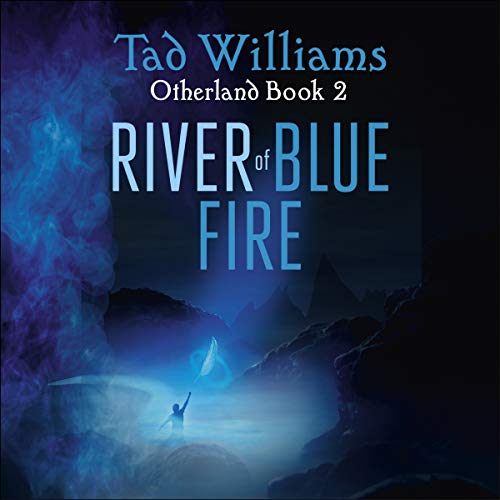 By: Tad Williams
Narrated by: George Newbern
Try for £0.00

The second volume in a groundbreaking series from the author of the best-selling Memory, Sorrow and Thorn trilogy.

Otherland is civilisation's most stunning achievement: a private, multidimensional universe built by the greatest minds of the 21st century. But this most exclusive of places is also a jealously guarded secret, created and controlled by the Grail Brotherhood, a private cartel known to a few and made up of the world's most powerful and ruthless individuals.

The purpose of Other is still a mystery. But it may not remain so for long. For a small band of adventurers has penetrated the secrecy that surrounds it and has broken into the amazing worlds with worlds it contains. However, with one among their number determined to ensure that no one lives long enough to reveal the truth about Otherland, an extraordinary quest soon becomes a desperate race against time.

What listeners say about River of Blue Fire

This series should get tiresome but the writing us so good it keeps you hooked. Twists and turns with just enough suspense to keep you coming back for more. I'll read the next in the series based on the first two.

I've read the series a few times and for me Otherland is one of the best reads ever. This was the first time as an audiobook and George Newbern did a great job narrating such a long story with an endless number of characters. I'm sure I will listen to it again in the future.

This story is great. I've read the books. The narrator of the audiobook is very good and does many accents well. French, African twang. Then we come to Sweet William. He has a northern English accent. No research has been put into this and the narrator just does a Southern English slightly camp accent. Fine, I thought, forgetting that William slipping out of this accent leads to him being questioned. He hasn't been doing it at all, so doesn't really slip out of it at all. All the voice actor had to do was listen to Sean bean, or watch Geordie shore, with his talent for the other accents I'm sure he could have pulled it off. This is my only gripe and enjoyed this telling very much, despite it.

Second part just as good as the first

This second book to the Otherland series is once more full of adventures, mysteries and revelations. George Newbern reads with convincing, memorable voices for each character and draws you into this Epos like no one else could. 10/10 would buy again