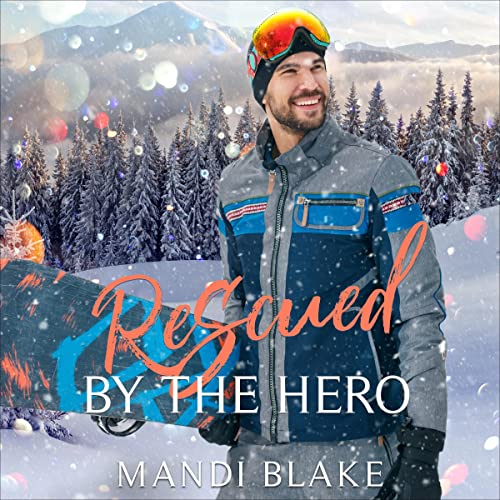 Rescued by the Hero

By: Mandi Blake
Narrated by: Lorana Hoopes
Try for £0.00

The hardest part about this fake relationship is hiding it from her brother. Especially when it doesn't feel fake.

Joanna Drake can’t wait to escape to Freedom Ridge for the holidays. She needs to put hundreds of miles between her and her creepy coworker who won’t seem to take no for an answer. When she runs into her brother’s best friend at the ski resort, every relationship gets complicated.

Aiden Clark is shocked to find out that his best friend brought his little sister along on vacation, especially when he finds himself interested in getting to know her. When she asks him to play along as her boyfriend to ward off an unwanted pursuer, he wholeheartedly agrees despite his friend’s warnings to stay away from her.

Between hiding their fake relationship from her brother and flaunting it in front of her pursuer, Aiden and Joanna find themselves wishing the relationship was as real as it seems under the mistletoe. When their ruse is exposed and Joanna is in danger, Aiden will have to put it all on the line to bring her home.

Return to Freedom, Colorado and enjoy the faith, friendships, and forever-afters of the Heroes of Freedom Ridge in this Christian Christmas romance.

Rescued by the Hero is book three in the Heroes of Freedom Ridge series, but each of the books can be listened to on their own.

What listeners say about Rescued by the Hero

Love the author and narrator

I have loved Mandi Blake books since I first found them and I’ve purchased almost all of them. I love romantic suspense, guy saves girl books but they’re always so full of extra junk that I can’t handle much. So when I found these Christian based books that are clean but still suspenseful I was hooked! Loranna Hoopes is now the voice of a familiar friend (and I have a lot of her books as well!) thank you for continuing to share such great clean stories with us!!! 🤗