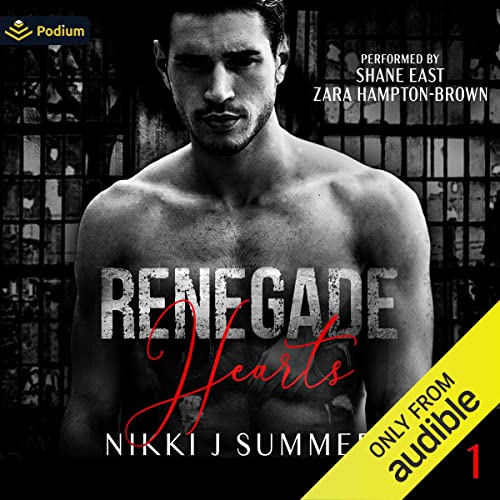 They are the boys your mother always warned you about. They’re every parent’s worst nightmare.

They used the town of Sandland like it was their own personal playground. They didn’t follow the rules; they made their own.

Most girls were drawn to them like a moth to a flame, but Emily Winters wasn’t like most girls. A politician’s daughter. A good girl with morals and principles. She represented everything they despised. The only problem was she lived her life in a perfectly orchestrated smokescreen, and where there’s smoke, there’s usually fire.

They wanted to expose her for what she was; a pretty little liar hiding the ugliest truths. But when the truth comes out and lies are exposed, who will be the one to eventually crash and burn?

Renegade Hearts is a new-adult romance that contains situations of a violent and sexual nature. It is intended for mature listeners.

What listeners say about Renegade Hearts

I really enjoyed Emma and Ryan’s story and how they got through everything that had to be done to bring her father to justice. Having already met Brandon in The Psycho I can honestly say my opinion of him hasn’t changed I still detest him and I can’t see how he’s ever going to redeem himself.

Love this book! Love this series! Gritty side of England and I love it!!! I can’t wait for the other books in the series to release on Audible! I read them all on KU and fell in love!!! Counting the days till the next release.