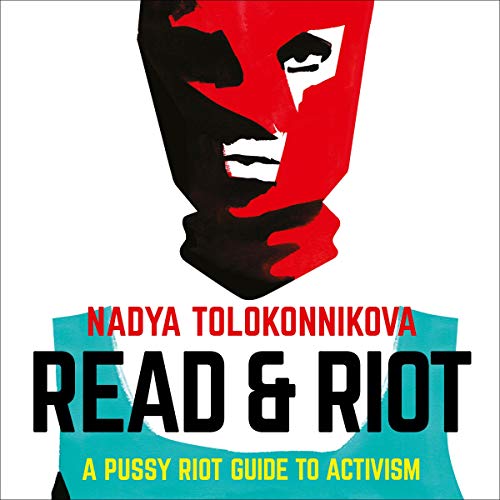 By: Nadya Tolokonnikova
Narrated by: Abigail Hardiman
Try for £0.00

The face of modern protest is wearing a brightly coloured ski mask.

Nadya Tolokonnikova, founding member of the Russian activist group Pussy Riot, is a creative activist, professional protester, brazen feminist, shocking visual artist and force to be reckoned with. Her spontaneous, explosive approach to political action has involved jumping over barbed wire, kissing police officers, giving guerrilla performances in crowded subway cars and going on a hunger strike to protest the abuse of prisoners. She's been horse-whipped by police in Sochi, temporarily blinded when officers threw green paint in her eyes and monitored by the Russian government. But what made Nadya an activist icon overnight happened on February 21, 2012, when she was arrested for performing an anti-Putin protest song in a Moscow church.

She was sent to a Russian prison for 18 months and emerged as an international symbol of radical resistance, as calls to 'Free Pussy Riot' resounded around the world. With her emblematic ski mask, black lipstick, and unwavering bravery, Nadya has become an emissary of hope and optimism despite overwhelming and ugly political corruption.

Read & Riot is structured around Nadya's 10 rules for revolution (Be a pirate! Make your government shit its pants! Take back the joy!) and illustrated throughout with stunning examples from her extraordinary life and the philosophies of other revolutionary rebels throughout history. Rooted in action and going beyond the typical 'call your senator' guidelines, Read & Riot gives us a refreshing model for civil disobedience and encourages our right to question every status quo and make political action exciting - even joyful.

"Stylish, striking, and elegantly packaged...as indispensible to confronting, say, your domineering mother-in-law or your local city council as it is to helping foment an ongoing and ever-escalating insurrection against, say, a sexist, racist, nepotistic power-mad oligarchy threatening to destroy democracy as we know it...My advice: Buy one." (Vogue)

What listeners say about Read and Riot

Brave Nadya Tolokonnikova (whom the book is mainly about) shares in gripping detail the legendary things she's got up to, to fight the good fight!

Inspiring because her passion really grips you during the telling of her great antics and the lessons that come with really hit home and heart.

Tempting to become like her and so many others to use art to bring attention and inspiration to see a better world!

Also audiobook version was very enjoyable, the voice actor was clear and enjoyable ot listen to.

sick, inspiring, well articulated. I've followed pussy rit since I was a young teenager and it's ice to follow Nadya's activism alongside the progression of my own via this book!

There is two narrators for this book. This one is by far the best!