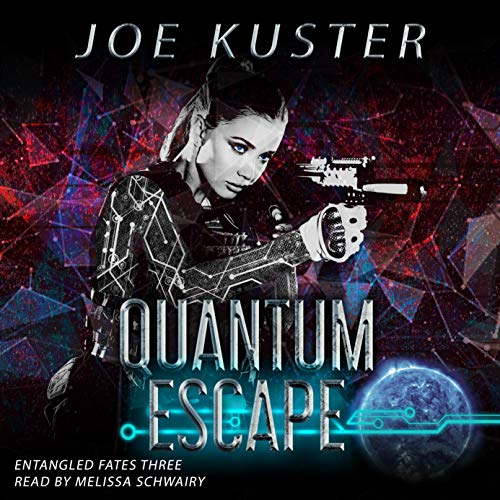 By: Joe Kuster
Narrated by: Melissa Schwairy
Try for £0.00

Covalent Technology's unveiling of the next generation of Mesh caused ripples felt worldwide. In one move, Alex and Sophie not only launched their latest money-making scheme but also their opening salvo in their war against the rogue AI that stands to destroy all those that might oppose it.

Such a thing was always bound to attract attention. Months of careful moves had been taken to prepare, but when one stray phone call blows their cover, the response is immediate and lethal. Plans come crashing down as Homeland Security, Chiwen, and a betrayal that will shake Alex to his core converge.

With a ticking clock, Alex and the Black Flags are thrown into their deadliest battle yet in a desperate bid to keep Sophie online as they fight for their very lives.

What listeners say about Quantum Escape

you dropped the ball

I tried to give you the benefit of dought. As your main character having brain damage can cover a lot. lay off the sex, and focus more on what your wright. Here's were you blow it in this book. I am unpropaired for my operation and am trapped with two of my team mates. I have to hold my breath while in my shell. of course I am in a room with a 70 foot missile. humm, wounded how much air that would hold?

this sci-fi story feels the most realistic and charming.
exploring this world with these characters is the most thrilling thing I've done in a while.

Great story filled with love action and suspense. Joe Kuster did an amazing job. Melissa does an extraordinary job at narration.

Liked this one too.

Fun writer. I like this story and am moving onto number 4. After that I will give Lightfoot a try while I wait for 5. P.S. I missed his wife in the afterword.