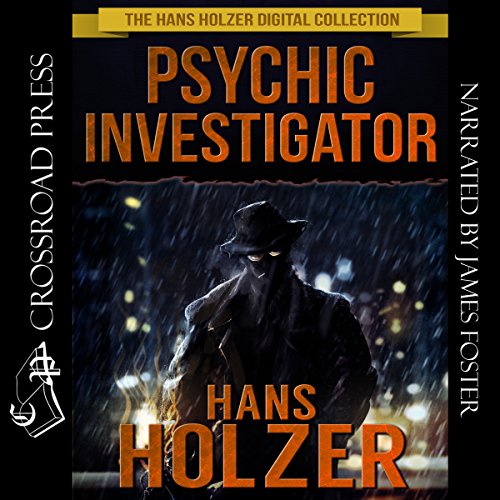 By: Hans Holzer
Narrated by: James Foster
Try for £0.00

Dr. Hans Holzer, PhD, was one of the early American writers to play a prominent role in the spread of contemporary witchcraft, Wicca, and paganism during the late 1960s and early 1970s. A prolific writer of over 145 books, mainly on associated occult, paranormal, and supernatural subjects, his early books on witchcraft, namely The Truth About Witchcraft (1969), The New Pagans: An Inside Report on the Mystery Cults of Today (1972) and Inside Witchcraft (1980), were written when few other books on witchcraft were available. As such, he did much to boost and pave the way for many future contemporary writers to follow him.

Holzer is perhaps best known as the famed ghost hunter and paranormal investigator associated with the Amityville horror investigations, which later became the subject of several popular horror films. In January 1977, Holzer, working with the well-known trance medium Ethel Johnson-Meyers, entered 112 Ocean Avenue in Amityville, New York. In 1974 this had been the place of a horrific crime when the then-occupant Ronald DeFeo, Jr., murdered his own parents and four siblings. After entering the premises, Meyers allegedly made contact the spirit of an old American Indian chief who revealed that the site had once been a sacred Indian burial ground.

During his investigation Holzer discovered bullet holes created during the 1974 murders and took some photos. When developed, they showed some rather unusual anomalies: mysterious halos seemed to hover above them. Holzer believed that Ronald Defeo, Jr., may have been possessed by the old American Indian chief and that unscrupulous property developers had built the house on a sacred Indian burial site - a claim that the Amityville Historical Society strenuously tried to discredit.

What listeners say about Psychic Investigator

Before you runoff and buy this truly interesting book, keep in mind this book was written in the late 60s or early 70s a.m. that the way we speak in the verbiage we use changes every 15 1/2 years. Keeping this in mind let me just say this book is freaking awesome… Once I started reading it at first I thought it sounded kind of boring he tells you he has a Pinyan blah blah blah, but then he gets into the stories and manare they good. He goes to different peoples homes across the country and in Europe to investigate ghostly over things with his psychic investigator I’m afraid I can’t remember her name I think it is Lucy… Maybe? Anyway and not only does he speak to the ghost bear she treats us herself to speak to them it’s a chick speaks directly to them, but then he goes and finds proof that these people ““ ghost actually existed. It is A truly interesting book. Oprah always said you have to meet people where they are, well that is the same with the book so keep in mind this book was written in the late 70s not last year so yes it will sell dated. To the reviewer who says this book sounds David you’re a genius because it is it was written again in the late 60s early 70s keep that in mind when reading this book and you will have a great read in a scary good time. So if you love a good ghost story do yourself a favor and get this book I loved it!

Perfect for those dark stormy nights!

Absolutely! The memoir and case files read just like a novel - very engaging!

I felt like he was talking right to me! Like he and I were guests at a dinner party, and he sat down next to me and said, "let me tell you a story..." PERFECT.

Unbelievably boring who is reviewing these books robots? Repetitive stories over and over again really though.