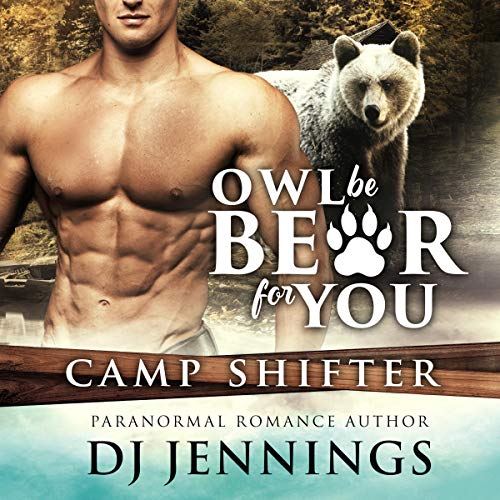 Owl Be Bear for You

By: DJ Jennings
Narrated by: Jeffrey Kafer,Heather Costa
Try for £0.00

Hot summer fun where you’ll change...in more ways than one.

Librarian Mara Scioto lives a nice, neat, orderly existence - except when she’s being attacked by uncontrolled male shifters who need to mate.

Raised by a grandmother who hates all shifters, she has one wish: To make it past the age of 25 without experiencing The Morph that tells you you’re one of them.

And then the letter from Camp Shifter arrives with her name on it...

Orthopedic surgeon in training Jack Karsten is waiting to see if he’ll follow in his shifter brother’s footsteps. Being a shifter won’t be so bad, if that’s his destiny, but when he meets Mara, he realizes that fate and love don’t always align.

It can be a bear of an ordeal sorting it all out, but if anyone can help, it’s the staff at Camp Shifter. While they’ll train Jack and Mara on the ways of shifter life, there’s one thing they can’t teach them:

How to get out of their own way and let love leave them changed.

What listeners say about Owl Be Bear for You

So glad I found these books. The first book had me hooked. It was so well done and I loved the narrators were pure perfection!