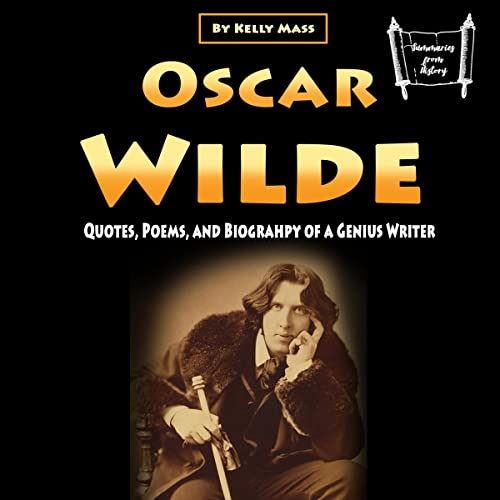 By: Kelly Mass
Narrated by: Chris Newman
Try for £0.00

Oscar Wilde was a wild one. His statements were bold, his career was successful, and his tongue was sharp. Not only did he disturb the common narrative of the nuclear family, the Catholic church, and the idea of patriotism, but he also blew many people away with his defense of his principles, his criticism of the state, philosophies on life itself, and more.

Being open about being a homosexual in a time when it was unaccepted and even illegal, his life ended in imprisonment and exile. Yet, despite his orientation and his controversial preferences, his prose and poetry did not suffer. His travels through Europe taught him many fascinating lessons, which he expressed in his acting, his writing, and his conversations.

Learn more about why Oscar Wilde has been quoted often, referred to in deep literature, and noted in the history of arts and authorship as an exceptional figure.

What listeners say about Oscar Wilde