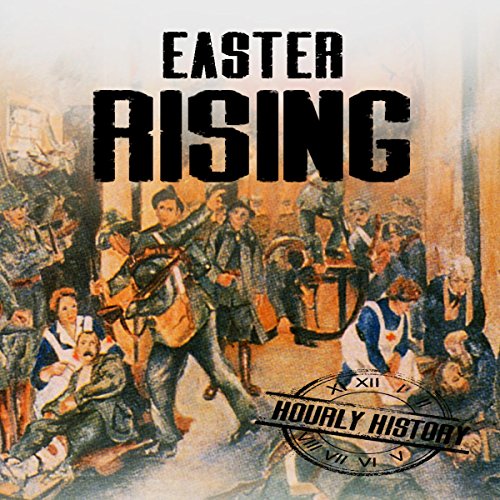 Easter Rising: A History from Beginning to End

By: Hourly History
Narrated by: Bridger Conklin
Try for £0.00

In the midst of World War I, the Easter Rising took place in Dublin and throughout Ireland in April 1916. The revolutionary movement faced many problems from the beginning, including splintered leadership, disorganized support, opposition from moderate supporters of home rule, and prepared retaliation from the British.

Even though the rebels did not achieve their ultimate goal of Irish independence, they were successful, because they rallied many more of their countrymen to the cause of independence. The legacy of their bravery and love of country inspired generations of Irish men and women, and helped lead to independence. This is the story of what led to the uprising, the events of the rising, and its impact.

What listeners say about Easter Rising: A History from Beginning to End

A Short and Concise Summary (if a bit dull)

The summary says it all. Unfortunately Mr Conklin sounds like a computer generated voice.

The Easter Rising was very thin....like a small cloud it drifted over the land, it was casual and never cut to the chase. Boring I regret listening to it. If you want some names and information it may be helpful.