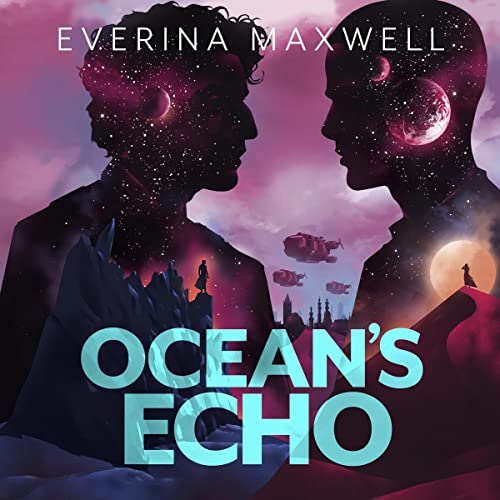 By: Everina Maxwell
Narrated by: Raphael Corkhill
Try for £0.00

When Tennal—a rich socialite, inveterate flirt and walking disaster—is caught using his telepathic powers for illegal activities, the military decides to bind his mind to someone whose coercive powers are strong enough to control him.

Enter Lieutenant Surit, the child of a disgraced general. Out of a desperate need to restore a pension to his other parent, Lieutenant Surit agrees to be bound to Tennal and keep him conscripted in the army, a task that seems impossible even for someone with Surit's ability to control minds.

Tennal just wants to escape, but Surit isn't all that he seems. And their bond may just be the key to their freedom.

What listeners say about Ocean's Echo

I disagree with people saying the narrator was a poor choice. His change of tone kept me really interested in the story. Only thing is I don't think Surit's accent was necessary and was confused why it was the same as Jainan's from Winters Orbit. But for me it didn't affect the experience at all and found the narrator good. Very good story and characters and lovely chemistry between Surit and Tenor.🙂

I nearly didn't get this because of some complaints about the accent the narrator put on for some of the characters and thank God I didn't listen. I'm guessing the accent throwing people off is the non-british one and honestly the narrator does such a good job in my opinion. So, is it the narrator or do you just not want to hear "accented" (it's all accented for god's sake) English?. Think on that.

For anyone on the fence, get this book. It was a great listen and well worth the credit/run time. Worst case? Return it. It's really not the end of the world.

An excellent reading of a beautiful book

I very much enjoyed reading this book and the audio production has increased my appreciation of it. The narrator has distinctive voices for each of the characters which rounds out the personalities of the characters both major and minor. The range of accents adds to the texture of characters backgrounds - class, roles, geographical origin within the world/ universe. The measured unhurried narration lets you appreciate the subtly of the writing.
Definitely one to listen to again and again.

The writing/storytelling itself is brilliant, but I dislike the narrator choice. The fake accents are distracting and really don't work.

I suggest reading it rather than listening to it, if you're able to.

I loved the idea and all the complicated layers added in. I loved the final battles that are still rolling through my head, their sheer magnitude mind boggling. I loved the narrator who kept me hooked and made each character different enough that I could identify them by voice. all in all, I loved it!

The voices employed by Corkhill really did this book a major disservice, especially the one for main character Surit. I suspect that my story rating may have been higher, if I had read the book instead of listening. Serious disappointment.

Great story, but calling it a romance is a stretch

A very original, very fun PLOT driven story. Superb characters and character development. But what this story is not, is a romance, the actual romance of this book could fit on a single page. Witch is fine, because the story in itself is enough, but in that case do not sell it as a romance, you’re kind of misleading the reader.
Action packed and full of new concepts, that happens to have two characters that fall for each other, but honestly, if you change the romantic love parts and change it for platonic love, you get the same exact story.