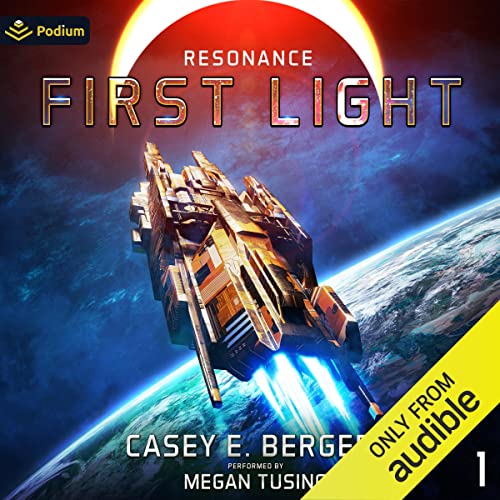 She lost everything. Now, she's fighting back.

When Jaya Mill’s parents were killed and her brother was kidnapped in an attack on her childhood home, she saw only one future for herself: Enlist in the Union Starfleet and learn to defend herself.

Now, as a lieutenant commander aboard the UNS Avalon, Jaya and her elite counter-terrorism unit enlist the help of Tynan Vasuda, an alien scientist from the Szacante Federation, to investigate the potentially sinister research of the new and mysteriously well-funded Sons of Priam.

Across the stars, a bounty hunter named Marantos accepts a high-paying assassination job in hopes of putting more distance between herself and her estranged royal family. But that job draws her straight into the web that the Sons of Priam are weaving to capture the highest office of the United Human Nations.

As Marantos claws free from the Sons of Priam, her path intersects with Jaya and Tynan, and she must decide whether to keep running from her past or turn and fight this new threat. And as Jaya pushes to uncover the identity of the shadowy figure at the helm of the Sons of Priam, she begins to reveal what truly happened the night she lost her family.

What Jaya discovers will challenge everything she knows....

What listeners say about First Light

"You are destined for more."

Jaya Mill had joined the United Starfleet some 15 years before, her salvation from poverty. Orphaned as a child and her brother missing, she had been brought up by her uncles. She had an affinity for the military life, however, and had risen to Lieutenant Commander on the prestigious ship, Avalon They were hunting a terrorist group calling itself The Sons of Priam. The first book in a new series, First Light seizes the reader's attention from the very beginning.
It follows the careers not only of Jaya but also of other key figures destined to come together in a foundation for future novels. The characters are developed slowly over time, fleshing them into believable beings, and the action is frequent and ongoing. However, as the story evolved, although still good, it became more predictable.

Narration on the Audio production was also good but needed just a little bit more to make the performance fit lerfecfly. Megan Taxing has a very pleasant on the ear voice and she reads well with good timing and intonation. However, her differentiation between characters is, at best, slight, everyone's conversation sounding almost the same. Fortunately, her initial rather breathy rendering of excitement is mostly only present in the opening chapters and her performance is otherwise good.

At over thirteen hours, this is a substantial read and an enjoyable one. The scene is now set for future adventures and I look forward to following this series.

Good first book in the series, narrator is very good.

Without giving anything away, no spoilers very good book. Fast paste, plenty of action and mystery. Looking forward to finding out what the main protagonist abilities are. Narrator is very good, almost up to the levels of the two narrators named Emily. Megan almost has men’s voices down, A little bit more base and she’ll have it nailed. Like I said she is very good. Book is well worth the purchase. Will go on and read the next one in the series

First Light is an expertly paced sci-fi thriller with well-developed characters and a satisfying story arc. It is beautifully and vividly written, which gives the audiobook an almost movie-like quality. I loved it and can’t wait to read the second installment.