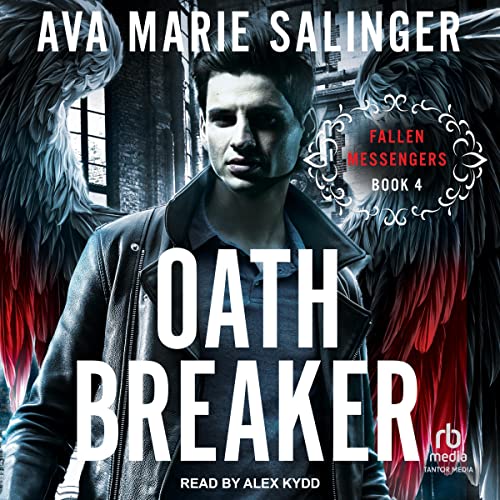 By: Ava Marie Salinger
Narrated by: Alex Kydd
Try for £0.00

With Cassius Black's secret operations to save the world in the last 500 years finally revealed by the agencies that govern the otherworldly, his status as the most vilified Fallen on Earth changes almost overnight. Unused to his newfound fame, Cassius tries to keep a low profile, but Morgan King's reckless actions soon have them in the news again.

Forced to take a sabbatical, the pair heads to London to meet with Victor Sloan, who's been incommunicado since his identity as the demigod who betrayed Cassius and Morgan during the War in the Nether came to light in the Spirit Realm.

Meanwhile, Theophile Serrano's attempts to adapt to his new job as P.A. to Sion CEO Hugo Frost are derailed by the strange things that keep happening to him. Things that soon convince him that he is losing his mind.

Destinies collide when a catastrophe engendered by the dark God Elios strikes London. As past and present meet, Cassius finally comes face to face with the Guardians who were left behind in the Nether.

Will unlocking the secrets of Cassius and Theo's past be the key to the city's salvation? Or will the truth tear them all apart and give Elios the victory he seeks?

What listeners say about Oathbreaker

I did not enjoy thus as much as the previous books. I didn't like the story as much, I think it was because there were just to many characters to do justice to any of them. Plus the narrator really needs to check on his pronunciation because it wasn't good on English place names or the French part.

Alright, hands down probably the best one of the series so far!!

SO much happened in such a short span of time, my head feels like it’s whirling trying to catch up.

This series is nothing less than addictive. The world this author has created is honestly breathtaking, and I cannot comprehend the time and care it has to take to pull together all the details necessary to do so.

With this story, I loved that we got lots of new characters. I feel like what I previously knew before I read this book was just a drop in the bucket compared to what was unveiled here and I am beyond ready for the next book.

I am also so happy that Victor is getting his soul mate. I was worried about the direction he was going to be taken in and I’m really happy with how it turned out!

As always, the narration here is just nothing short of sultry and perfect for all the steamy scenes (and this book had what felt like SEVERAL back to back!) so good!