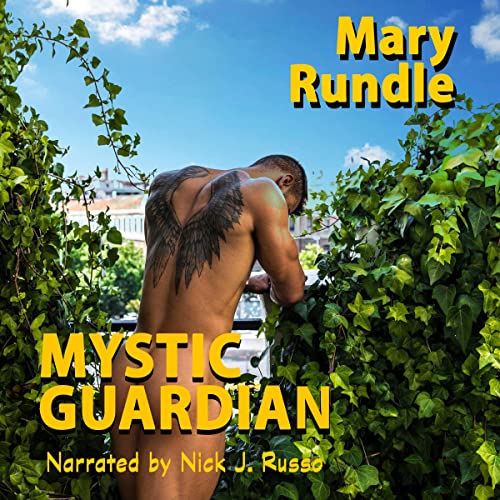 This is part of an ongoing series by Amazon international best-selling author Mary Rundle–catching up on previous titles is advised. Fans of previous books will enjoy meeting old friends once more as the pack does what it does best–caring for one another and helping shifters everywhere.

Carson never dreamed his six bothers would get their fated mates before he did and now, hanging on with the barest of hope he’d be next, he ends up devastated when it doesn’t happen. Unable to cope with seeing so many happy couples around him at the pack house in California, he accepts a job offer in France, intent on building a new life—only to discover the Fates have not forgotten him at all.

After graduating from university, Remy, a low-level warlock, leaves the world of magic behind, believing there’s no place in it for him. Encouraged by his parents to accept a job offer at the Chateau des Flammes winery, he begins working for Arthur MacDùghlas, the dragon-shifter owner, finally finding a place for himself in the world.

Happy with his new position, Remy’s life abruptly changes when his parents unexpectedly die and he becomes the guardian of his three younger brothers. Muddling through the unexpected role of fatherhood, he finally finds his footing until...his life is upended once again when Carson, his fated mate, arrives on his doorstep.

Shocking surprises, treacherous plots, an action-packed rescue, and many unexpected twists and turns make this passionate love story by Mary Rundle impossible to pause once you’ve heard the first moment.

What listeners say about Mystic Guardian

An exciting addition to the series!

We're back again with the last brother from the Blackwood Pack finding his mate, and oh how fantastic it is. Mary Rundle has given us a beautiful story for Carson and Remy, and Remy's brothers are just adorable. In addition to the main characters, we still get to see what else is happening within the Pack, interact with past members and seeing how their relationships are progressing. The story just flow seamlessly from each pov. I really can't get enough of this series and can't wait for the next book to be out on audio. Nick you amazing Narrator, I'm in awe of your talent, you have taken these awesome books and made them even better with your performance. Well worth the wait, looking forward to the next one!

This series just keeps getting better and better!

This series is best read in order. Like the previous books, Mystic Guardian is a complex story with a lot going on. Carson is sure he will never find his fated mate. Remy unexpectedly has to care for his two brothers. When fate brings these two together, Remy doesn’t believe that he can have a fated mate, after all he’s just a low-level warlock. Carson is devastated when Remy rejects him. It takes some serious talking to Remy by Mystia to convince him to give Carson a chance.

Wow, there is so much going on in this story that I couldn’t possible recap all of it. If you like complicated story lines, with great plot points and a wide variety of great characters, I can really recommend this series and this book. The epilogue has a great teaser for the next book in this series and I can’t wait until it comes out as an audiobook!

Nick J. Russo has been doing all of the audiobooks in this series and he is doing a fantastic job. There are many different characters, with many different accents, and he gives each of them a unique voice so that it’s easy to tell who is speaking. I can’t say enough good things about this audiobook.

A copy of this audiobook was provided to me at my request but my review was voluntary and not influenced by the author or narrator.

And yet another great addition

The series is amazing!! the writing is outstanding and the narration by Nick J. Russo well, no one else could have brought these stories and the characters to life the way Nick does. can't wait for more. The story continues and another one of the boys finds his mate. All of these men deserve their HEA.....