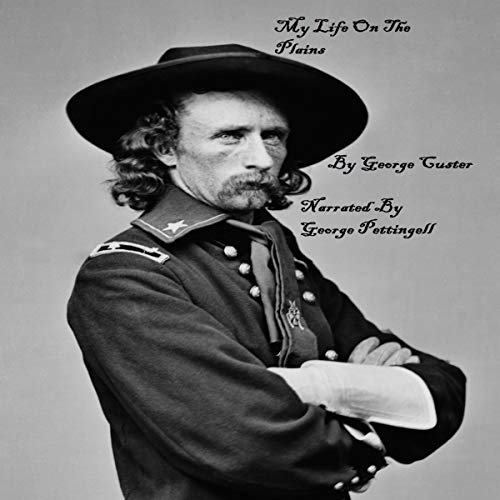 My Life on the Plains

By: George Custer
Narrated by: George Pettingell
Try for £0.00

George Armstrong Custer attended West Point, graduating in the Class of 1861. He served as an officer in the United States Army during the Civil War. He was present at the Civil War's first major engagement, the First Battle of Bull Run, and was the officer who received General Robert E. Lee's Flag of Truce, marking Lee's surrender, at the end of the war.

Custer fought with the US Seventh Cavalry in the Indian Wars beginning in 1867. He was killed at the Battle of the Little Bighorn in 1876, a battle that has come to be known as Custer's Last Stand.

What listeners say about My Life on the Plains

The life of a true American Icon!

An excellent book about the Indian Wars and life for the 7th Cavalry on the plains during during General Custers early campaigns to help bring peace and safety to the American frontier. These events are documented by General Custer a few years before he and his troopers become heroes during the Battle of Little Big Horn!!