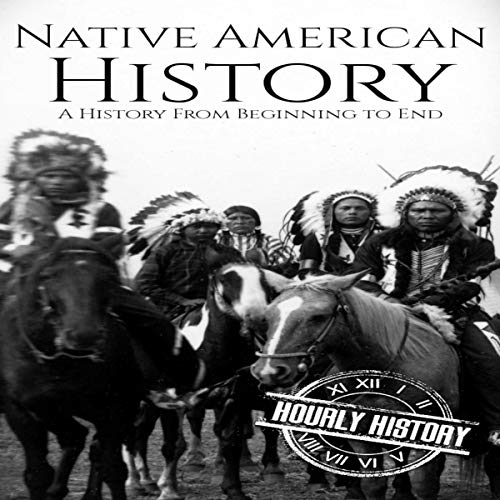 By: Hourly History
Narrated by: Mike Nelson
Try for £0.00

Until surprisingly recently, most history books noted that America was discovered in 1492 by Christopher Columbus. The truth was that by the time that Columbus arrived in America, people had been living there for more than 12,000 years. During this time, the indigenous people of North America lived without contact with other continents. Different groups developed separate and distinct ways of life, cultures, and societies but all shared one common characteristic: They relied on the land to provide them with food, and they developed a series of religions that, while separate, shared a respect for nature and imbued many animals and natural features with spiritual characteristics. These beliefs, combined with the fact that most of these societies were relatively primitive compared to those emerging in other parts of the world, meant that the Native Americans were able to live in harmony with the natural world. These people had sophisticated and complex belief systems, but they built no cities, no wheeled vehicles, and developed nothing beyond the most basic written language. Although many millions of people lived in North America, their impact on the landscape and the natural systems was minimal.

Then, abruptly, white settlers arrived, bringing with them new technologies and weapons, new religions, and an indifference towards nature. They also brought with them diseases to which the Native Americans had never before been exposed. Within 200 years, the Native American population dwindled to a fraction of what it had been; the survivors were herded onto reservations on which they could not follow their traditional ways of life and where they were denied the most basic human rights.

Inside you will hear about...

Only in the 20th century did the population of Native American people begin to recover, and only then did the general population of America begin to regard these cultured and sophisticated people as anything but savages. This is the story of the gradual rise, sudden destruction, and slow recovery of the native people of North America.

And we call ourselves civilized!

What a shame it is for me a white man to hear about minority treatment.

Did anyone check the work here

The narrator says some tribes incorrectly. Narraganset is Na rog in set. Makes me think the work was not checked. So listen and k kw you need to check the facts.

The research supporting this text appears to be a generation or more out of date.