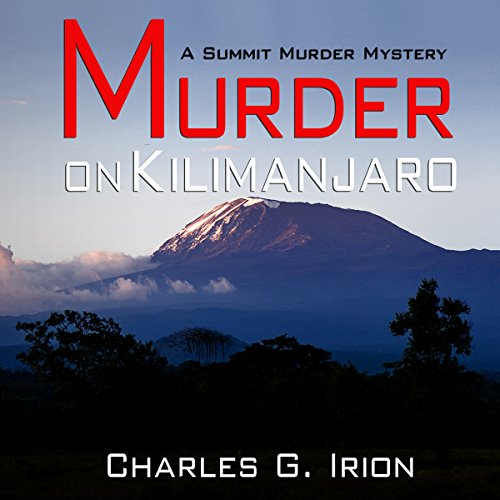 Murder on Kilimanjaro is the last of the Summit Murder Mystery Series of murder mysteries, each set atop the highest mountain on one of the world's seven continents. Beginning with Murder on Everest then traversing the world from summit to summit the on-going story reaches culmination in East Africa. Recurring characters are brought together for this final expedition and story lines are resolved.

The Summit Murder Series is likely the most unique, certainly one of the most exciting, series of murder mystery books ever written. Each story brings a fresh plot as well as insight into the unique landscape and cultures surrounding these mountains.

In Murder on Kilimanjaro, Scott Devlon, Afghanistan war veteran, mountaineer and occasional agent for the U.S. Defense Intelligence Agency has been invited by the sitting President of the United States to join him on his climb of the highest point in Africa. The president is returning to his family roots and will be accompanied by his recently surfaced son, product of the president's youthful liaison with a local tribal chief's daughter in Africa 20 years before. With the primary election season finished and the convention still a few months off, the president's PR staff have determined that this expedition will jump start his campaign for re-election and set at ease any lingering questions about the sudden appearance of this unexpected son. What follows is murder, terrorist attacks, an assassination attempt and treachery, all set against the exotic backdrop of East Africa. Timely, insightful and exciting, Murder on Kilimanjaro is a unique experience.

"I thoroughly enjoyed listening to Murder on Kilimanjaro and felt like I was on the mountain once again. The account of the story was realistic and thrilling just like the mountain itself. Nice job on the characters and the plot…it was great listening to how it all unfolded." (Kristen Salcito Sandquist International Mountain Guide, partner to Kevin Cherilla K2 Adventures Foundation, k2adventuresfoundation.org)
"A long time fan of Charles G. Irion's novels, this final audiobook to his series made me want more. As I've been to the area he writes of, his attention to details of Africa is amazingly accurate. Combined with Irion’s creative, dramatic writing this is a must listen. Allow yourself plenty of time! You won’t be able to stop." (Writing in Style, Amazon.com reviewer)
"I listened to Murder on Kilimanjaro this weekend. One of those stories where you need to keep listening. You could feel the fear and the struggle to stay alive. This is what every writer wants to achieve, transporting the listener from arm chair and into the action." (Jan O'Kane, Amazon.com reviewer)

What listeners say about Murder on Kilimanjaro

First, I'd get rid of the premise that a President would actually consider such a potentially dangerous vacation; and the Secret Service wouldn't manage to talk him out of it if he did? Al Queda aside, who's even going to trust the weather these days, with all the global warming impacts? Then you have our hero injuring himself multiple times, but still managing to jump right up and go leaping through the snow to escape the assassin. Really! would he be out there anyway, having just been attacked by a bunch of insurgents, who certainly didn't just evaporate after the battle. Unless we're to assume that oxygen deprivation led to such unreasonable actions - but that possibility wasn't mentioned.

The biggest disappointment, though, was that this wasn't a murder mystery at all. The murder got precious little attention; just resolved in a couple of paragraphs at the end, after killing off the sweetest character in the book. What a waste.

I could nitpick this storyline all day, but note, I was also disappointed in the reader. He just didn't seem like the right voice for the character. Also, though he could have been working with unedited text, if I noticed all those errors, he should have, too, and taken the trouble to correct and re-record those parts.

I guess I was expecting too much, given that the book included a great mountain, a President and his crew, African tribal officials, feuding press, and insurgents. Who couldn't make a great book out of all that? I would have given one star, but since I did actually finish it, had to bump it up a bit.

What made the experience of listening to Murder on Kilimanjaro the most enjoyable?

Love the narration and the story.

It is an action packed adventure that wrapped up the whole series. I couldn't have asked for a better conclusion to a series I've really enjoyed.

What does Greg Lutz bring to the story that you wouldn’t experience if you just read the book?

I was amazed by his ability to change accents and how he was able to give each character their own personality by just using his voice.