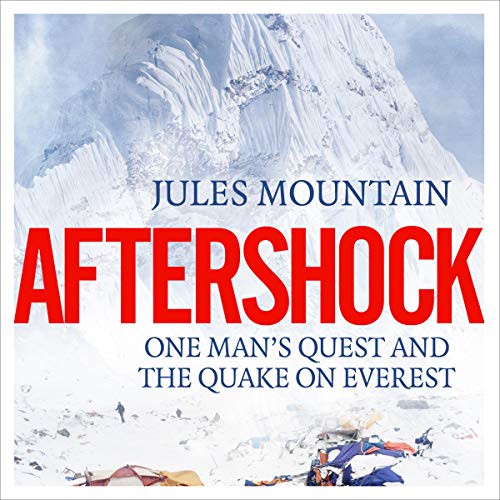 By: Jules Mountain
Narrated by: Peter Silverly
Try for £0.00

When the worst earthquake to hit Nepal in living memory strikes on 25 April 2015, Jules Mountain is shivering in his tent at Base Camp.

To reach the summit of Everest has been a life-long dream, one which he is more determined than ever to realise, having won his battle with cancer two years earlier. The climbers are faced with an impossible set of decisions: to get to a safe zone as quickly as possible? To try to be of assistance in the relief effort? To push on despite everything? All three options have huge implications - moral and logistical - and Julian’s unique situation sets him apart from the rest.

This is the true story of one man's ordeal during the most deadly disaster in the history of mountaineering on Everest, which would leave over 8,000 dead and thousands more missing and injured; how logic, compassion and risk assessment are affected by altitude, vested interests and the stress of extreme circumstances.

While very few of us will ever find ourselves in Jules’ boots, Aftershock throws up questions which transfer surprisingly well back to everyday modern life.

"A remarkable chronicle of resilience and resourcefulness." (Daily Mail)

What listeners say about Aftershock