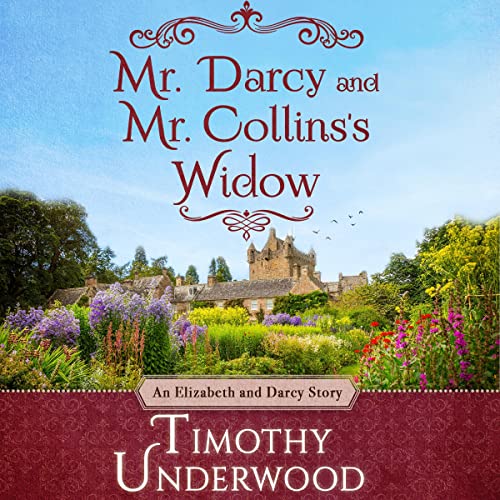 By: Timothy Underwood,A Lady
Narrated by: Virginia Ferguson
Try for £0.00

Elizabeth planned to never remarry. She had married Mr. Collins to protect Jane when Mr. Bennet died. But would her memories of how he hurt her keep her from finding love with Mr. Darcy?

Elizabeth was only 15 when Mr. Bennet died. His heir, Mr. Collins, was an awful, ugly man who mistreated the servants. Elizabeth would never let her dear Jane marry him. Never. Jane was beautiful, kind, and good. She deserved to marry someone she loved. Elizabeth convinced Mr. Collins to choose her instead. His character was far worse than she had imagined it could be, and her marriage was an unending nightmare. Elizabeth felt joy when he died.

Years later Mr. Bingley took Netherfield, and Elizabeth met his haughty and handsome friend, Mr. Darcy. Even though he saw himself as superior to most of the local gentry, Elizabeth and Darcy quickly became fast friends. But as they grew closer Elizabeth’s terrifying memories of Mr. Collins returned....

Note: Four to five people told me, while they don't like the idea of Elizabeth married to Mr. Collins, they really liked the story. He is dead by the first paragraph.

What listeners say about Mr. Darcy and Mr. Collins's Widow

Never thought I'd love it

I nearly did not buy this title. Most of what I listen to these days are P&P variations because I love the characters so much. However, I did not like the idea of Elizabeth having married Collins and almost just passed it up. This very well may have been one of my favorite variations I have ever listened to. It was worth the credit to me. It was well written, and even though I agree with the previous reviewer that the narrator may have sounded old for the Bennet sisters, she did a wonderful job.

Elizabeth’s sacrifice to marry Mr Collins gives her nightmares. Collins abuse was not only of Elizabeth but of Lydia as well. After he dies Elizabeth takes charge but does heal until she makes friends with Darcy.

Who of us want to imagine Lizzy married to Mr. Collins (shudder), but then to find he was cruel to her!

Will Lizzy be able to overcome her fears and find love? We hope so! 😘

Enjoyable listen, narrated by Virginia Ferguson, I found her voice sounded a bit too old for the ladies of Longbourn, however, and there wasn’t enough variation in the performance of the different characters. There are also a few glitches in the audio, with some repeated short phrases. All in all, still good. Loved the story.