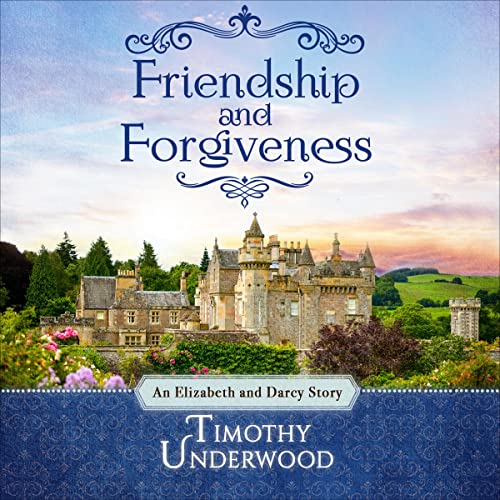 By: Timothy Underwood
Narrated by: Virginia Ferguson
Try for £0.00

Could she say yes to the man her best friend loved?

When Elizabeth’s best friend told her that she was in love, Elizabeth decided to do everything she could to forward the match between Caroline and Charlie’s friend Mr. Darcy. After all, Elizabeth and Caroline Bingley had always been the dearest of friends since they were tiny children, and whenever they were apart they wrote reams and reams of paper in correspondence.

Fitzwilliam Darcy hoped that spending a month or two at his friend Bingley’s newly leased Hertfordshire estate would lighten his spirits, and distract him from the troubles with Wickham and Georgiana that had plagued his summer. Of course he would need to carefully avoid giving Miss Bingley any impression that her evident hopes for his hand might be fulfilled—they would not.

Once he arrived, Darcy was irresistibly drawn to Elizabeth Bennet, a girl who the Bingleys treated like another sister. And despite her intentions, Elizabeth gradually became entranced by his serious dark eyes, and the intense way that he studied her.

But Caroline would never forgive her if she married Mr. Darcy….

Note: There are several scenes with violence and references to possible or past sexual assault. And Wickham’s mind turned out to be a disturbing place. 87,000 words long.

What listeners say about Friendship and Forgiveness

It is a good story. However, it was difficult to get through the narrator, who is difficult to understand at times made it unenjoyable, she slurs her words, her tempo is all over the place, I found it annoying, I couldn't get past chapter 6.

A very different premise to this Darcy and Elizabeth story. The Bingleys and the Bennets have been friends since the children were very small, when Mr. Bingley’s father and Bennet became business partners in trade before he inherited Longbourn. As such, Elizabeth and Caroline were best friends.

When Netherfield is let to Charles Bingley, the families are reunited. Caroline has her eye on Darcy as usual, but her BFF Elizabeth works to forward the match, until Caroline hatches an unwise plot that ends up in the breaking of friendships, especially that of Bingley and Darcy.

Colonel Fitzwilliam plays an excellent supporting role in this tale and in more ways than one. Mrs. Bennet, secure financially due to her husband’s business success and ample dowries for her daughters, is not so silly. Wickham appears in an especially wicked manner.

I enjoyed the story very much. I thought the dialogue was great and flowed throughout—the teasing and banter among various characters especially. Even though it was from Wickham, I was a little disappointed in some of the foul language used—something I don’t observe often in a Regency setting and have appreciated.

We all must learn to forgive and that lesson is nicely told in this book.

Virginia Ferguson performs the narration well. She has a good knack for expressing the male voices also, but I find they sound a bit too old sometimes.