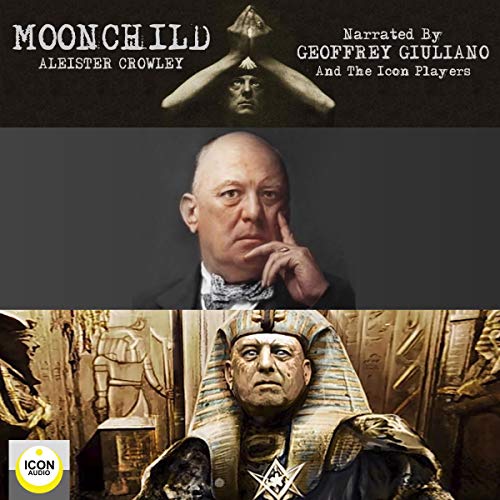 Moonchild is a novel written by the British occultist Aleister Crowley in 1917. Its plot involves a magical war between a group of white magicians, led by Simon Iff, and a group of black magicians, over an unborn child.

In this work, numerous acquaintances of Crowley appear as thinly disguised fictional characters. Crowley portrays MacGregor Mathers as the primary villain, including him as a character named SRMD, using the abbreviation of Mathers' magical name. Arthur Edward Waite appears as a villain named Arthwaite and the unseen head of the Inner Circle of which SRMD was a member. "A.B." is theosophist Annie Besant. Among Crowley's friends and allies, Allen Bennett appears as Mahatera Phang, Leila Waddell as Sister Cybele, the dancer Isadora Duncan appears as Lavinia King, and her companion Mary D'Este (mother of Preston Sturges, and who helped Crowley write his magnum opus Magick: Book 4 under her magical name "Soror Virakam") appears as Lisa la Giuffria. Cyril Grey is Crowley himself, while Simon Iff is either an idealized version of an older and wiser Crowley or his friend Allen Bennett.

Music by AudioNautix with their kind permission

Geoffrey Giuliano is the author of more than 30 internationally best-selling biographies, including the London Sunday Times best seller Blackbird: The Life and Times of Paul McCartney and Dark Horse: The Private Life of George Harrison. He can be heard on the Westwood One Radio Network and has written and produced more than 700 original spoken-word albums and video documentaries on various aspects of popular culture. He is also a well-known movie actor.

What listeners say about Moonchild

This is not the complete story as advertised. Dreadful narration. It is a waste of money

atrocious narrator once it finally gets the the real one. I'm sure the effort to read the original would be a far better experience. this literally destroys it

Its not what it states

Complete rubbish do not bother. The worst thing I've listened to on audible. really irritating.

This recording only includes the first two or so chapters of the novel, then it goes into the intro again. It’s very frustrating and may well be a glitch with the Amazon download. Avoid until they get the Audio corrected.

Part of a book

I was very excited to get an audiobook of "Moonchild", until I realized it was only the very beginning of the book. It would have been polite, I feel, to point out this is not the complete novel in the details text. Audible? Are you listening?

Would Be Great, IF Whole Book Were Present

This is a 300+ page novel. Sadly, recording is the first two chapters and some Crowley quotes

Save the credit. Yet, would be 5 stars if whole book were there.

this is not a recording of Moon Child

it's a long advertisement and a montage of quotes. it's not worth bothering. I want my credit back.

This audiobook only contains the first few chapters of Moonchild. I thought it would be an abridged version of the text but it's just the beginning flanked by some blowhard reading the wikipedia entry for Crowley (which rhymes with goalie, something the blowhard never looked up). The part of the book that was actually present was fine but the blowhard was intolerable. I will be returning this.

I only made it a few minutes into this. I couldn’t understand it. It was too echoey and garbled.

This is only the very beginning, and the performance is iffy at best, with what sounds like an affected British accent that makes sections unintelligible.

Only has 2 chapters. Not a complete book. pretty disappointed. I wish I had read these reviews before my purchase.

Listening through the only 2 chapters of a womand intrigue with an odd man, I wonder what happened to the rest of the book. Because the description did not match the content.